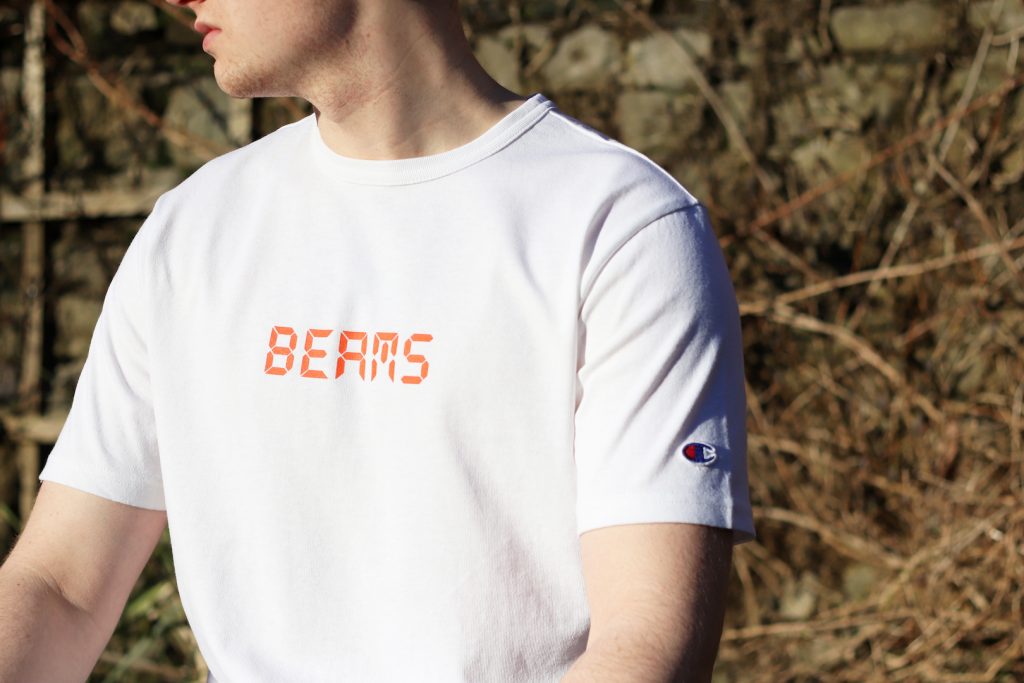 Champion celebrate their 100th birthday next year, it’s hard to imagine people in that era bowling around in a lovely bit of pastel coloured reverse weave innit? Actually back then it was more about providing actual sportswear for professional teams to play sport in as well as for raw recruits at US military academies. It was actually during the golden era of the NBA and NFL in the 1980s and 90s that the rest of the world decided they wanted in on the act and we all got ‘C-ed up’. Around a similar era the lifestyle store Beams was cutting it’s teeth and earning it’s place in the hearts and minds of a discerning Japanese public who also happen to know their onions when it comes to high quality American heritage sportswear. Which I guess is why Champion x Beams collabs have been such a successful venture as the two compliment each other so well, forming a wonderful ying-yang of American classicism and discerning Japanese taste. For SS18 they’ve done some cracking t-shirts that feature a smashing 1980s calculator-y kind of font as well as some avant-garde yet still very practical pocket situations. 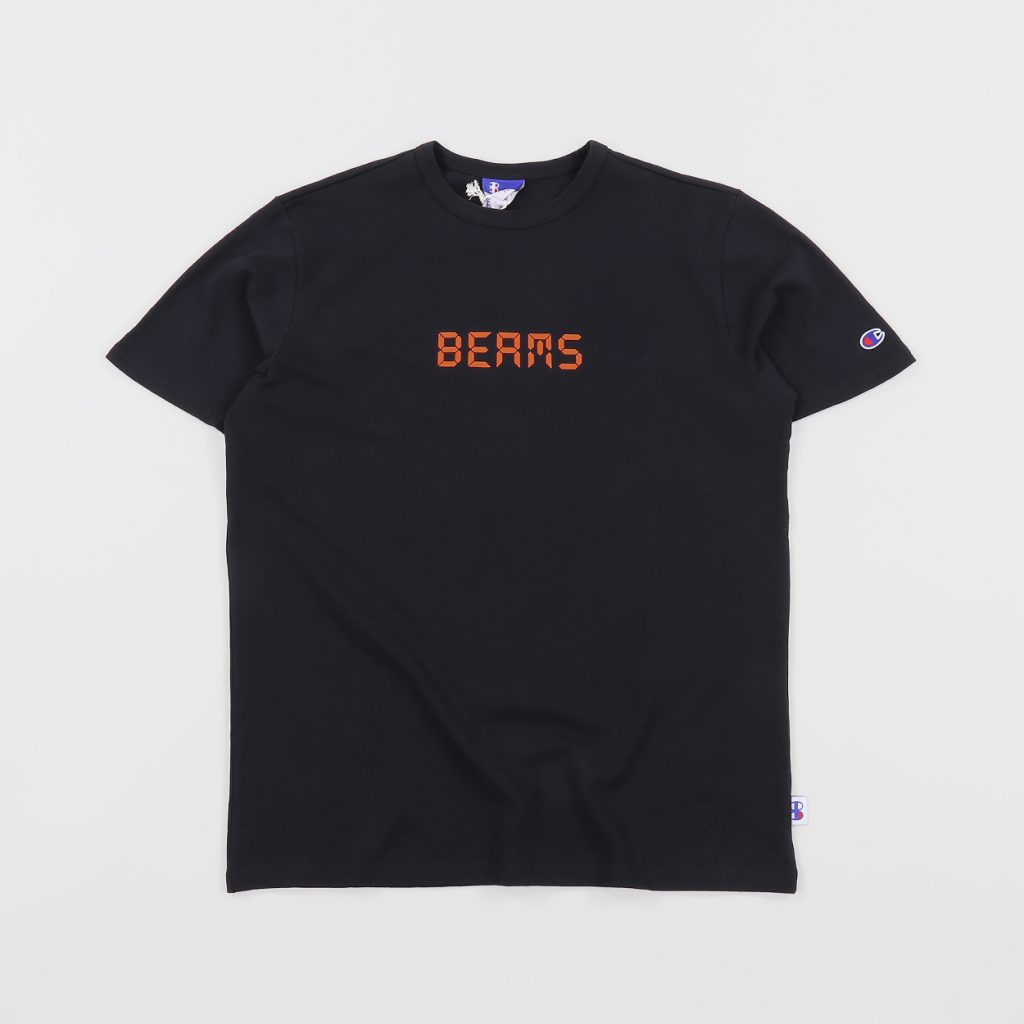 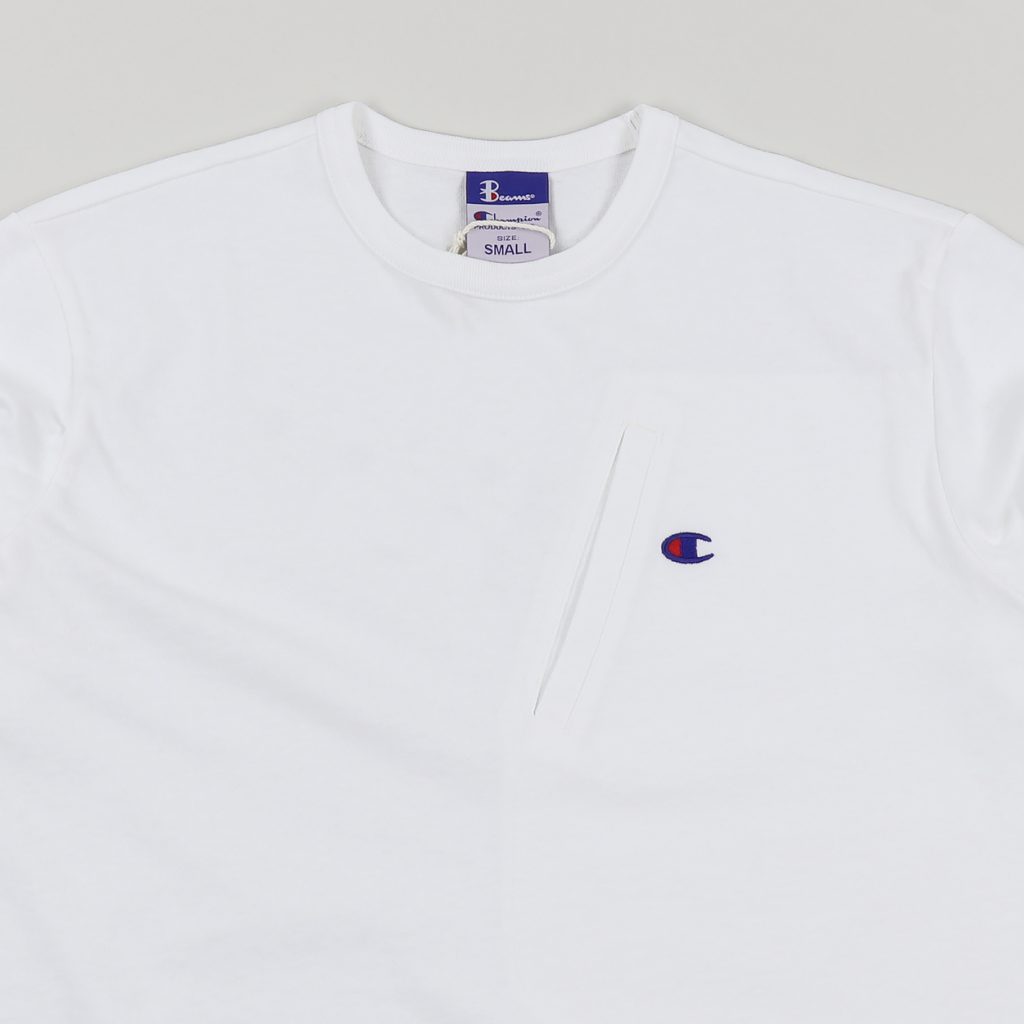 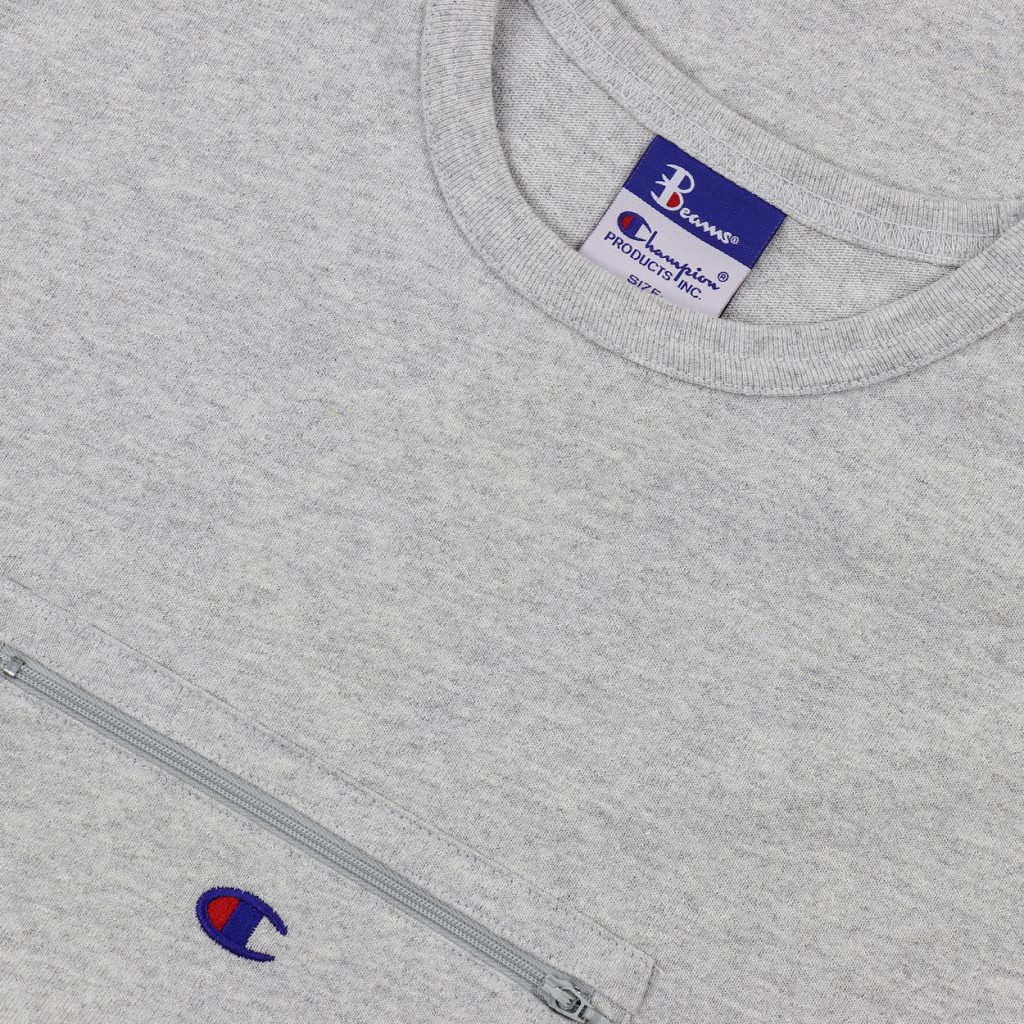