Even though there are hundreds of music festivals all around the world, I’ve come to the conclusion that my favourite one ever is one that happens about a mile away from my house. Moovin festival is situated on a massive farm near Etherow country park and each August uses a winning mix of musicians and DJs coupled with a super friendly crowd to create a thoroughly enjoyable experience whether you’re camping there all weekend  or dropping in for a mad Friday/Saturday/Sunday night. Having taken this auspicious event on my doorstep for granted over the past couple of years I thought it was time I delved deeper and had a chat with one of Moovin’s main men Paul ‘Fletch’ Fletcher.

Hi Fletch, we know you’re the head honcho behind the Moovin festival and Hacienda classical concerts but can you give us some insight to how you came to be involved with these projects and what you were doing before them?
Well I’ve been a promoter in and around Manchester for around 20 odd years now starting out with small nights in some of the cities now lost clubs, to working with Hooky and the Hacienda to owning Sankeys for a short stint which was both a dream come true and a nightmare all wrapped up in one. I left Sankeys a couple of years before it closed its doors for the final time and was looking for the next thing which just so happened to be by chance Moovin. My now partner in Moovin Herbie Saccani invited me down to a party he was doing on a farm in Stockport a few years ago (well four to be exact) I think its when I’d just left Sankeys or around that time so had a weekend free and popped down with a few friends I loved everything about it. The site was beautiful and the party had the feel of a gathering of friends partying together which is what we are still trying to hold onto. Even though the festival is growing and the acts are getting bigger we are always going to keep the capacity limited as we feel thats what helps give Moovin its special vibe ….anyway I just remember being sat in the Barn stage watching one of the DJs thinking ‘this is mint, I wanted to get involved’ ……So i did. (Thanks Herbie!)

At previous Moovin shows  Lee Scratch Perry and Black Grape were personal highlights, what was their reaction to Moovin like?

Lee Scratch Perry what a absolute dude! The energy and love for music and people he has is infectious he loved it ! Black Grape for me are amazing a really underrated band Shaun was on top form as was Kermit who’s a Moovin regular he’s been down to Moovin in one way or another every year. It was nice for Alan McGee (who now manages BG) to whisper in my ear during the set that we have something very special going on ….is that enough name dropping for this question? 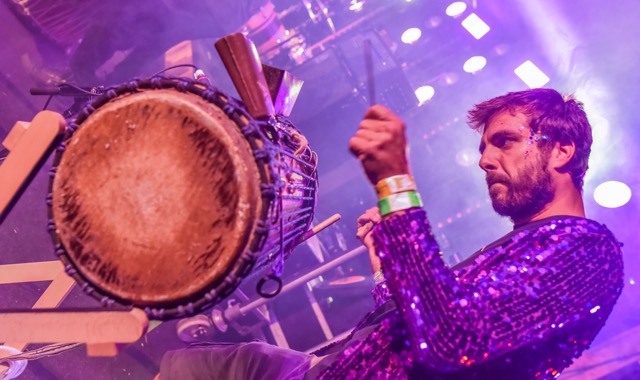 What have been your favourite Moovin moments so far?

I love the randomness and the quirky acts/performers like Mr Wilsons second liners, the site walk through by local drumming group Tamate (and people’s reactions to them). the jam tent that just happened, the pop up stage we have in the campsite where everyone gets involved (nothing like a bass jam), comedy or a bit of Opera to get you going in the mornings. A highlight for last year was when Giles Peterson Mr Scruff & Jazzanova all went back-to-back not something you see every day …..or ever come to think of it ! Mainly though its the general vibe everywhere and how nice and friendly the people are, the one thing you cant book is the people who come and they all make it amazing they really do!
I’ve been to all of them and the line up and atmosphere have always been brilliant, is there a concerted effort to attract the right kind of crowd and performers to get this vibe?
I would like to say it was all planned but it just happened, we never really looked at a demographic but just a eclectic spectrum of bands and DJs, its basically what we’re we’re into and luckily it seems that the people they attract are double cool so bonus!

This years line-up is possibly the best one yet. De La Soul and Eek-a-Mouse performing at Etherow park! My brain can’t quite believe all this will be going on in the leafy confines of my native SK6? Tell us about those bookings and what they will bring?
Well as with all our bookings they bring the party! I saw De La Soul in Manchester a while back and whilst the performance they gave was strong with the guys MC’ing / DJing but we just had to book the full live band as having seen both shows the band is next level, as is the cost attached with the band but we’re more about the party then anything else so it was a no brainer to book the best show possible. Eek A Mouse seems to be getting great reaction already on our socials and we’re looking forward to welcoming him for a rare UK appearance.
Who else are you looking forward to seeing this year?
Everyone we book are quality so basically I can safely say I’m looking forward to seeing EVERYONE! Got to say writing this interview I’m getting very, very excited for this year. 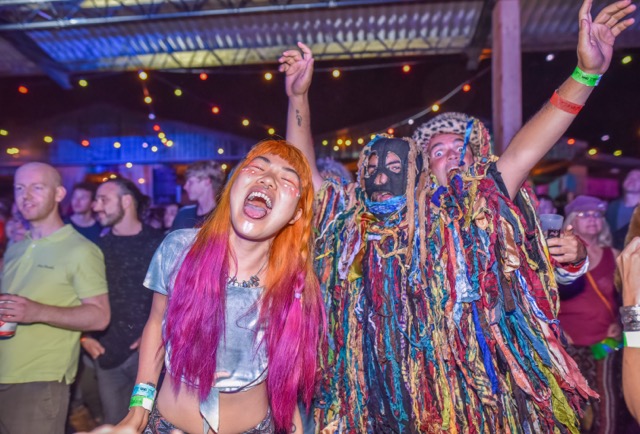 As well as Moovin you also do the Hacienda classical concerts which have also proved to be a massive success, why do you think we’ve all gone mad for these ‘orchestral manoeuvres in the dark’? What have been the highlights so far?
The Classical shows have been phenomenal the concept lends itself perfectly to house tracks that most have essentially only every been a vinyl spun in a club by Djs so its the fist time that people are actually seeing these tracks played and sung live for the first time, the energy the show gives off is unbelievable its a real testament to everyone involved and I’m proud to be part of it . The highlights for me were the first shows at the Bridgewater I’ve never seen a crowd reaction like it and I guess opening the Pyramid Stage at Glastonbury last year is one to strike off the bucket list (if i had one) The Castlefield Bowl shows are always amazing , its all been crazy and something i never even thought would have ever happened when i think back all those years back where we literally had to pick people up off the street and carry them into our club nights to now working with a Orchestra / Choir and selling out shows at places like the Royal Albert Hall & Opening Glastonbury …….How the F*ck did that happen?
Get tickets for Moovin festival 2018 here.