When I was a nipper my style icon was Duncan from Blue. His delicately placed highlights and beautifully defined beard was always perfectly paired with any outfit he donned. It wasn’t so much what he wore, but how he wore it, and as I’ve grown up that’s what I’ve come to realise: you can give anyone a decent coat or a smart pair of trainers, but if they don’t know what to do with them, they’ll still look two-bob. But Duncan didn’t look two-bob.

Now of course I realise Duncan did look two-bob, and having an icon isn’t really a thing as an adult. As you age you’re supposed to just wear comfy stuff like big Karrimor boots and bad Tory fleeces, and go on long Sunday walks while throwing a rugby ball to your Cotton Traders-wearing uncle. Not for me.

For me, having an icon (or several) is still essential. It gives you a base go back to when all is lost, somewhere to head when you’ve worn the same shitty Patagonia tee for the last three weeks. Icons come in different shapes and sizes – not just Duncan-shaped – and they can be anyone from your friendly-but-a-little-too-chatty Uber driver in the khaki Stan Ray Fatigue pants (true story), to your weird cousin who almost certainly accidentally wears his old man’s Berghaus coat from way back when that you’re really fucking jealous of (another true story). You just need to be more observant. Here are five you’ve probably missed.

Andy Dufresne
Work jackets have been a staple in men’s fashion for years, and Andy Dufresne knows that. Between tapping a rock hammer on Shawshank’s walls underneath a poster of Rita Hayworth, and teaching that young, dyslexic guy to read, Dufresne looked like the face of Engineered Garments’ SS47 collection.

Whether it was a worn in denim jacket, a loose-fitting moon grey shirt and a small navy beanie while he dropped bits of his wall out on the courtyard, or a grey pin-striped three-piece as he shuffled into Shawshankial life, he was always on sartorial point. Life imprisonment doesn’t stop fashion.

Little Nicky
I remember the first time I watched Little Nicky and I had no fucking idea what was going on, and to be honest, I still can’t really grasp the premise of it. It’s actually fairly bad, but Little Nicky’s jackets are anything but.

Little Nicky is a full-time goth. He’s 100% fingerless gloves level, which is why him wearing bright, pastel puffa coats is most confusing. From the long, lilac hooded puffa and the blue smock, to the sunny yellow down jacket, Nicky’s anything bar goth. But seriously, he’s still a goth. Keep your distance. 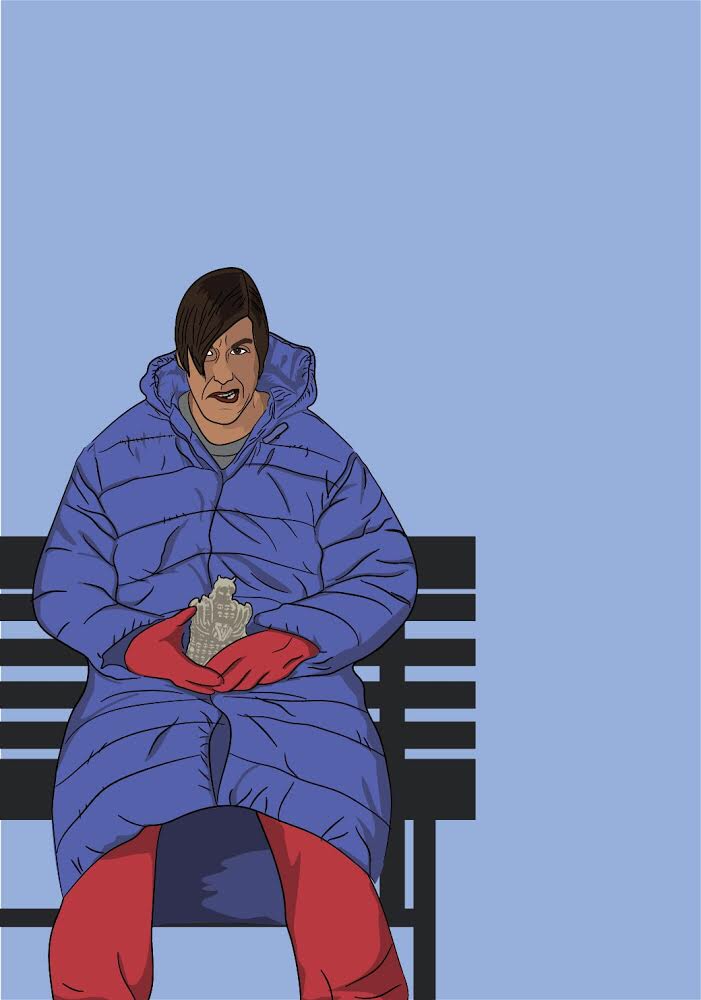 Roy Hodgson
Today’s Roy Hodgson looks like your Nan’s fella you don’t trust because he’s far too quiet and polite. No one’s that polite. Yer Da’s convinced he’s up to something. This, though, is a far stretch from 1980’s Roy Hodgson, the man about town looking like ASOS Marketplace had eaten him up and lobbed him out the other side.

Always inherently cool, Roy was a natural at combining sportswear with a smart casual twist. Be it that big, massive Lotto jacket, keeping out the cold, Finnish air, on top of a shirt and tie combo, or a pair of massive aviators with a fitted Inter Milan suit, Roy was doing bits.

At 70 you can forgive Roy for taking a step back from the scene, but he still gives a nod back to what he once was with his different level layering game.

Han Solo
The Empire Strikes back quite bad doesn’t quite do it for me, but Han Solo certainly does. Exuding effortless swag, Han shows off his penchant for massive parkas throughout, often pairing it with a piece from his array of military style gear. 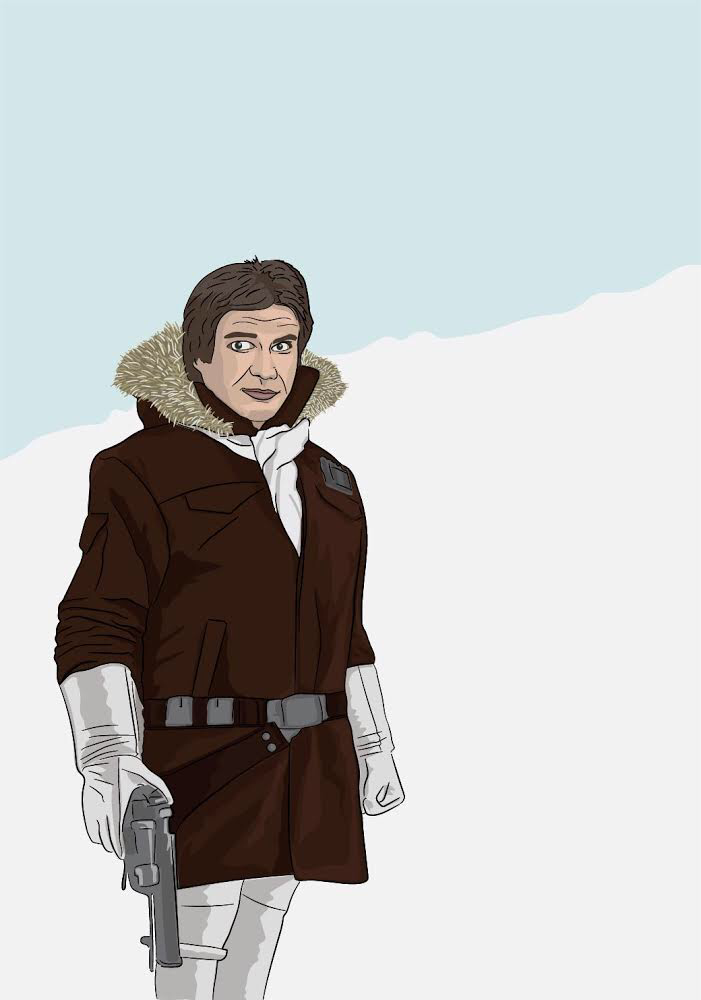 Jose Mourinho
Nowadays Jose is a bit too blazer, but delving into some 90s archives we came across photos of him during his coaching days at Barcelona, and he certainly was once a respected clothes horse amongst men. Sitting pretty in a multi-coloured, nylon Kappa tracksuit, Jose looks as ready to shuffle to the offie for some Space Raders, as he does to limber up and knock a 10k out of the park.

Francis Begbie
Trainspotting is to the rim with decent gear, from Renton and his accurate aesthetic of pre-90s grunge, with a twist of camp, to Spud’s Dunlop trainers. It’s Francis Begbie that’s the boss, though. His hard man uniform of jackets, polo shirts, white socks and loafers radiates the 80s-casual vibe and is exactly how I imagine almost every dad was in Scotland during the 80s. 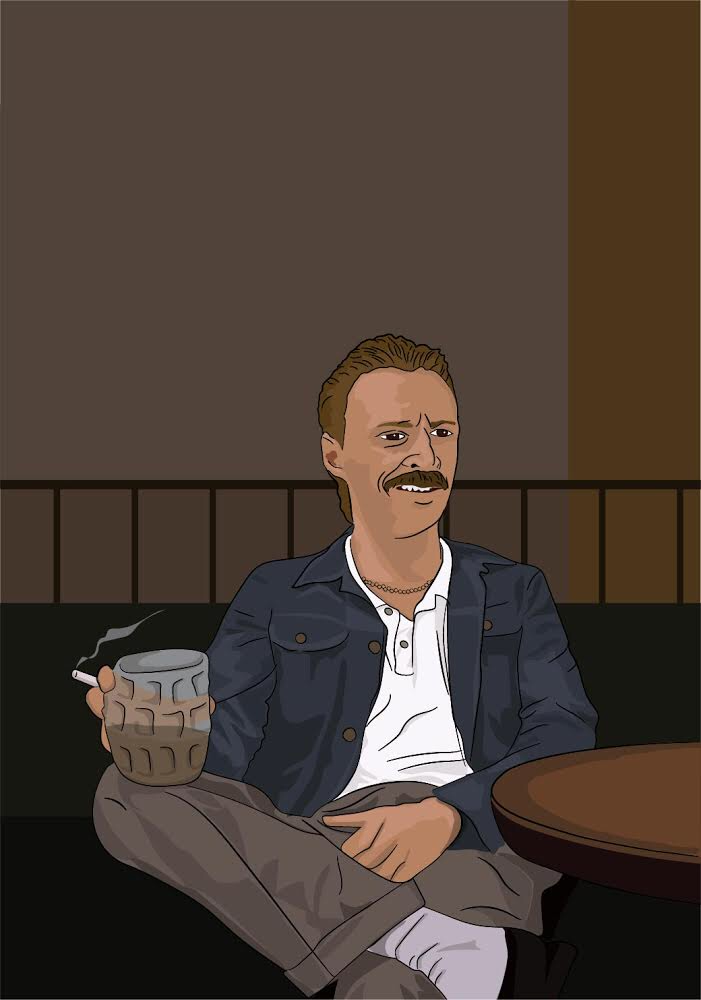 This article was featured in Proper Mag 26 along with a load of other cool stuff. There are still a few copies left and you should probably grab one. You can here. Tell your mates.