Rugby Shirts for people who don’t (necessarily) like Rugby

I don’t like rugby. The game, the culture and most importantly the role the game played in the downfall of my football club. I won’t bore you with that though. Just know that despite my distaste for loads of burley, bawdy men drinking each other’s piss, I can at least appreciate the clothes they used to wear.

Rugby shirts aren’t really rugby shirts to me though. They’re what mountaineers and hip hop artists wore. They’re a smart heavyweight polo shirt suitable for family occasions and those days when it’s still liable to be a bit warm, but not warm enough to layer up. i.e about now.

I’ve chosen a few I like and appreciate below. If you share my approval of them, maybe you’d like to buy one, and one day I can put this whole rugby hatred behind me. 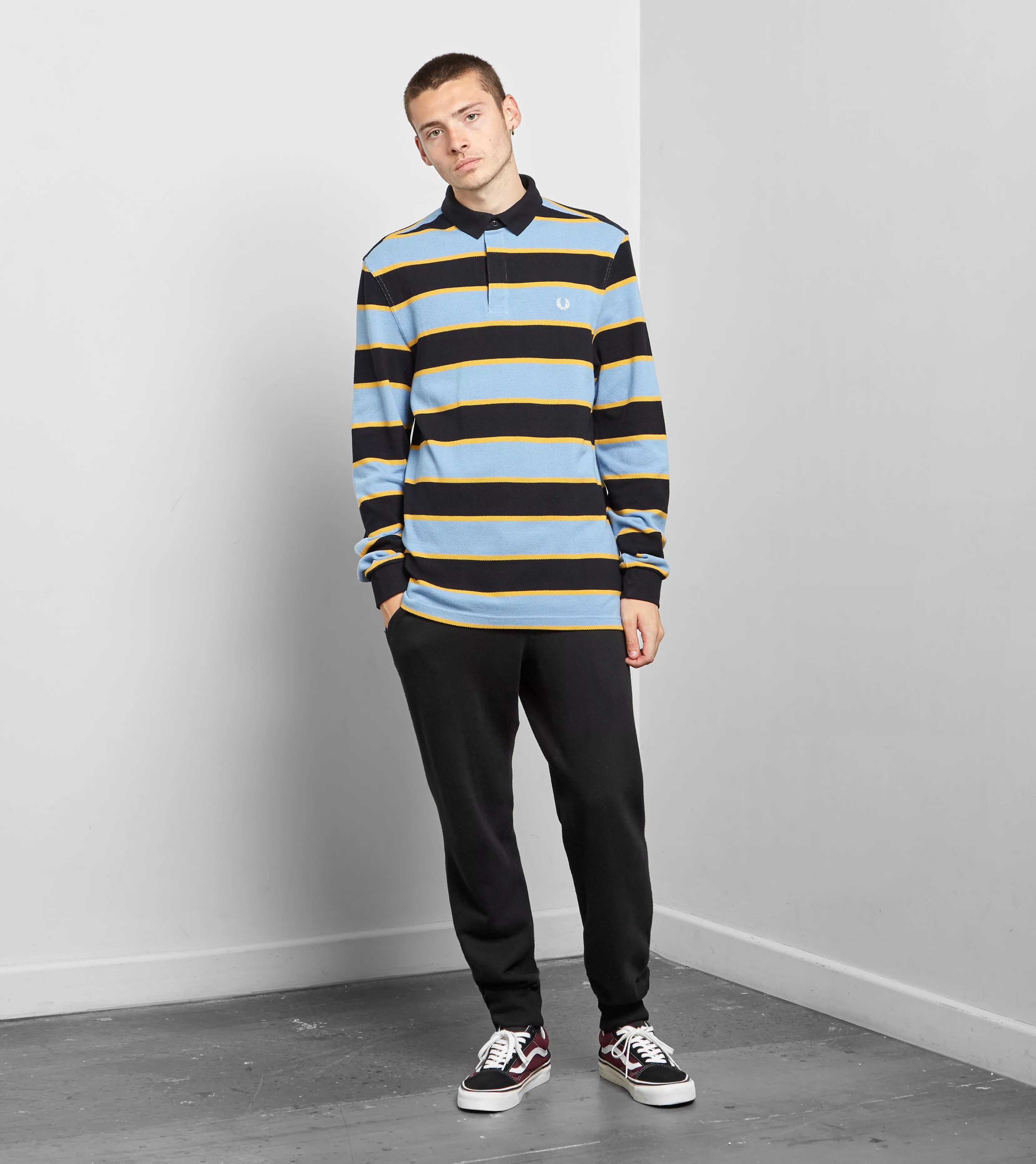 Let’s start with a brand we’ve all heard about and one close to our own Stopfordian hearts (that means we’re from Stockport btw, like Fred Perry, Blossoms and Judith Chalmers). This would be at home on dress down Friday in your shit office job, yet equally apt for the christening of the kid of the lad you went to school with who you really don’t like anymore because he’s gone weird. It’s a nice stripey rugby shirt at the end of the day. 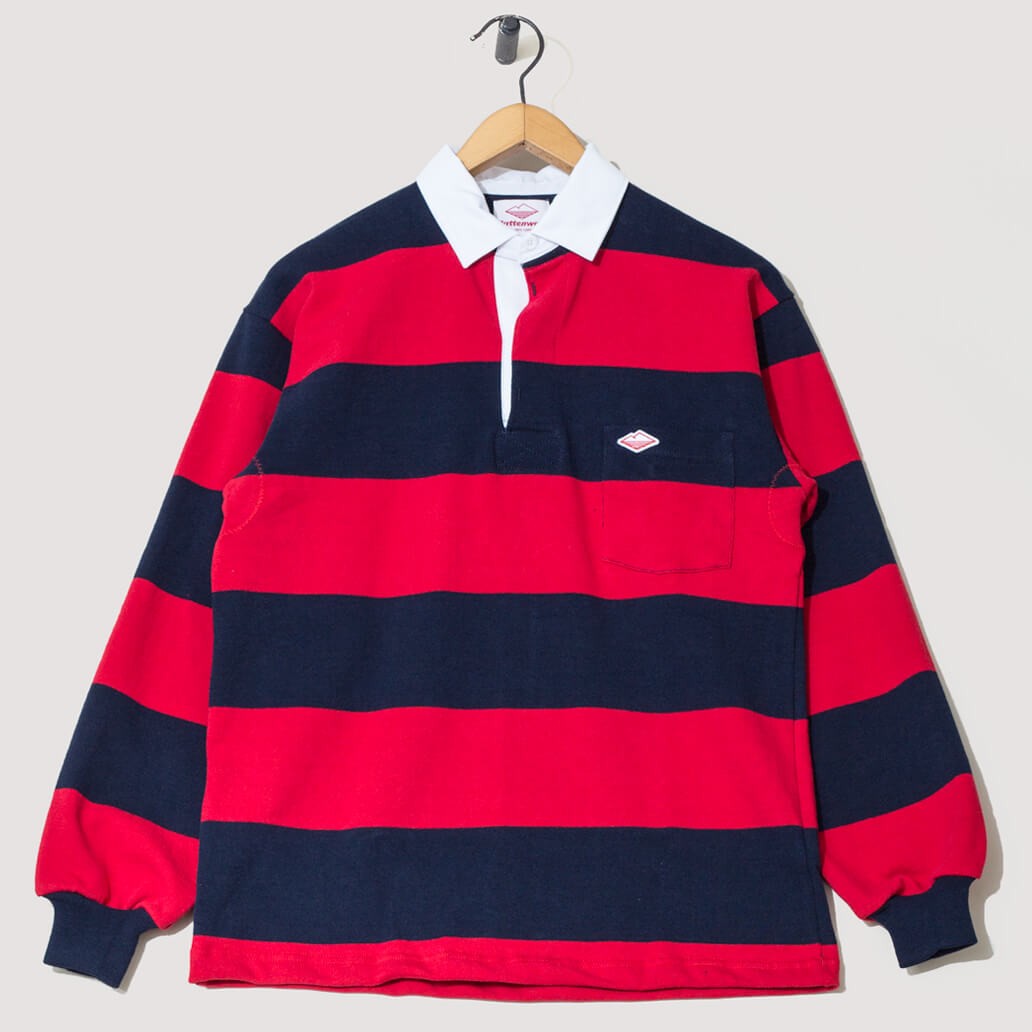 Next up is this beautiful Battenwear piece. I can’t imagine anyone wearing this to play rugby in, nor attend an awkward social occasion. No. The setting I’m imagining this in is a sunset on a beach. Loads of healthy looking people eating barbecued meat and drinking vegan beer, then tidying it all away safely afterwards.

This is from Peggs and Son btw. 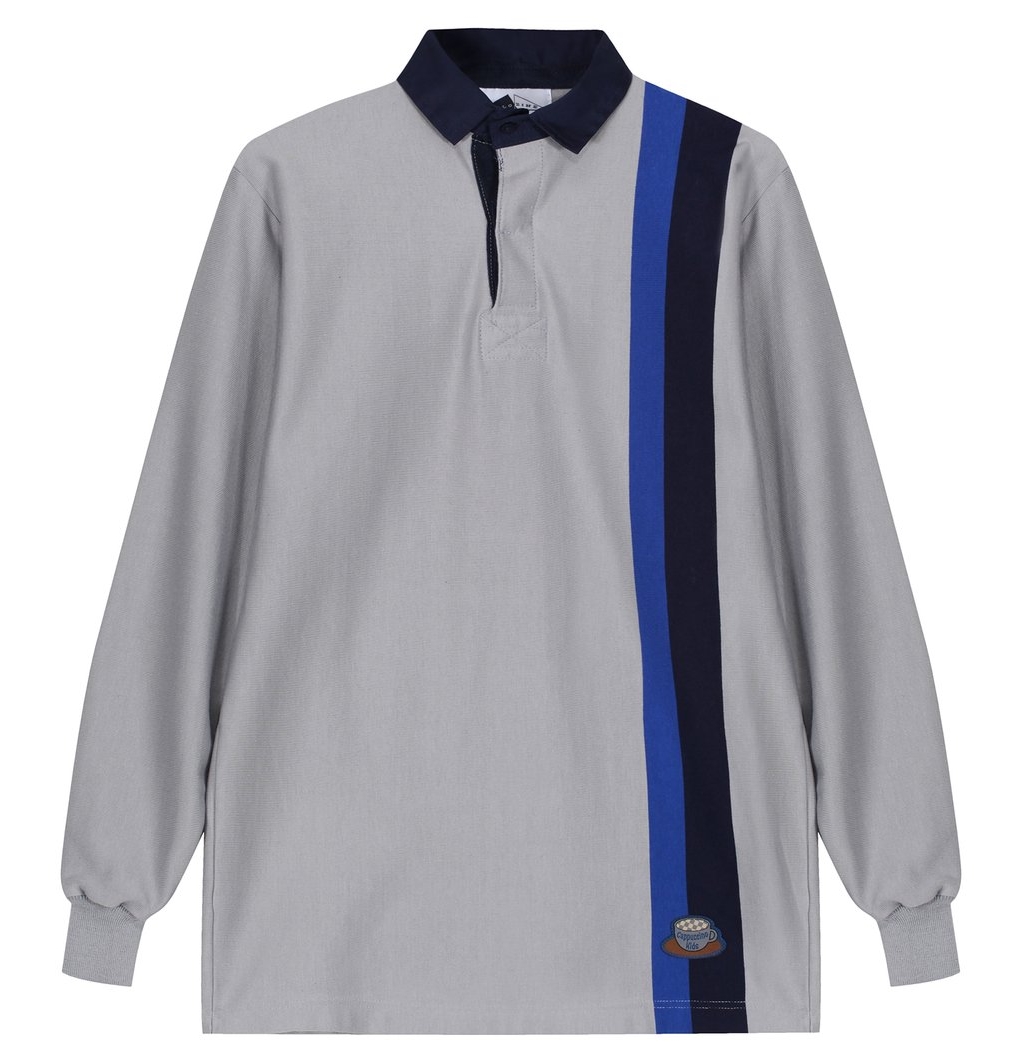 Bit different this one. It’s less rugby, more football as far as I’m concerned, specifically the shirts worn in Escape to Victory. This is the third kit obvs. The one they only wear in a pre-season game where there’s not even a clash. The one they’ve released but don’t ever really need to wear. It’s got a cup of coffee on it too. I know not why.

Get it from Hanon. 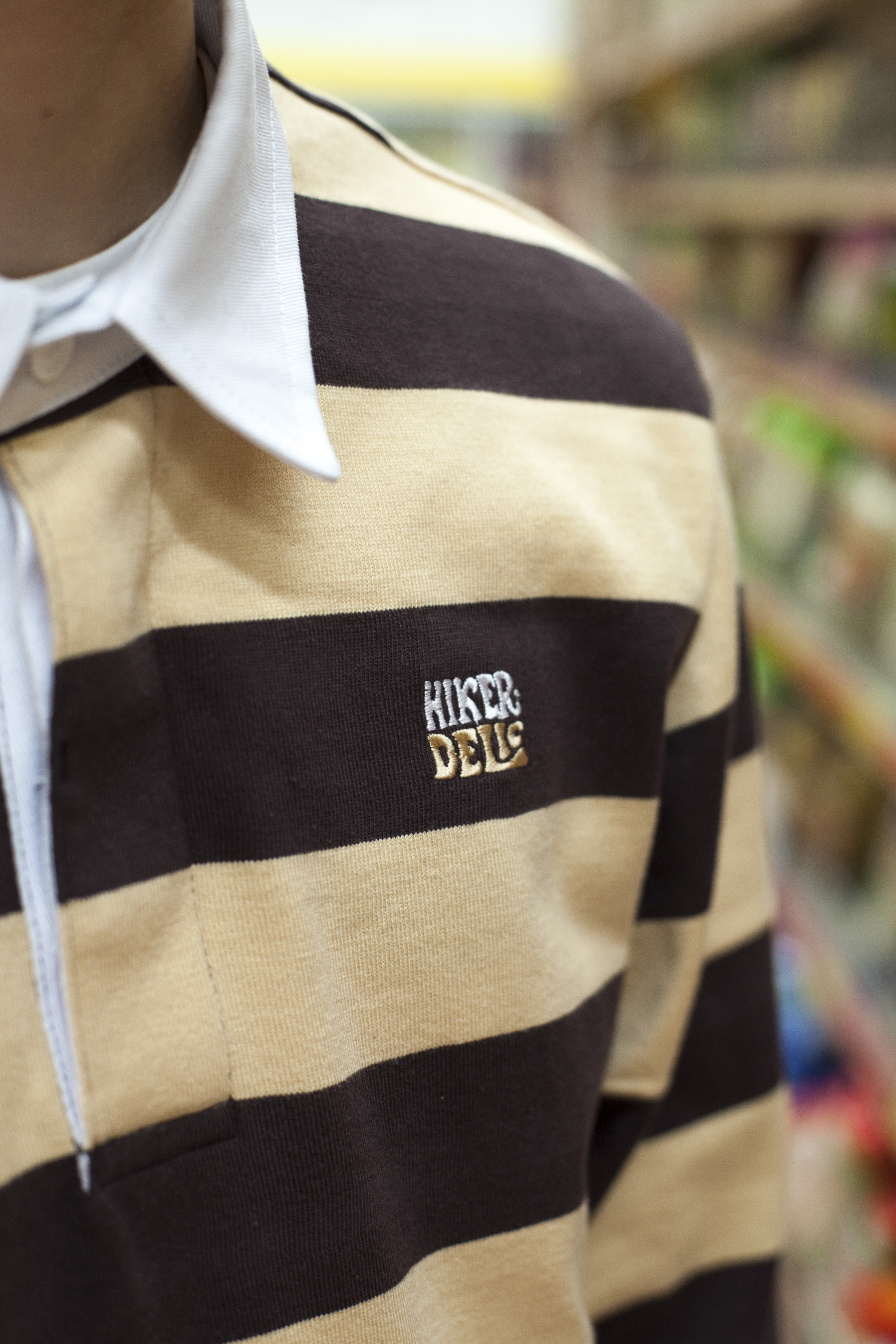 Lol, you knew this was coming didn’t you? Can’t be talking about no rugby tops without including our own. The one pictured here is sold out and if you didn’t get one I feel bad for you (son). Luckily we’ve got others available. 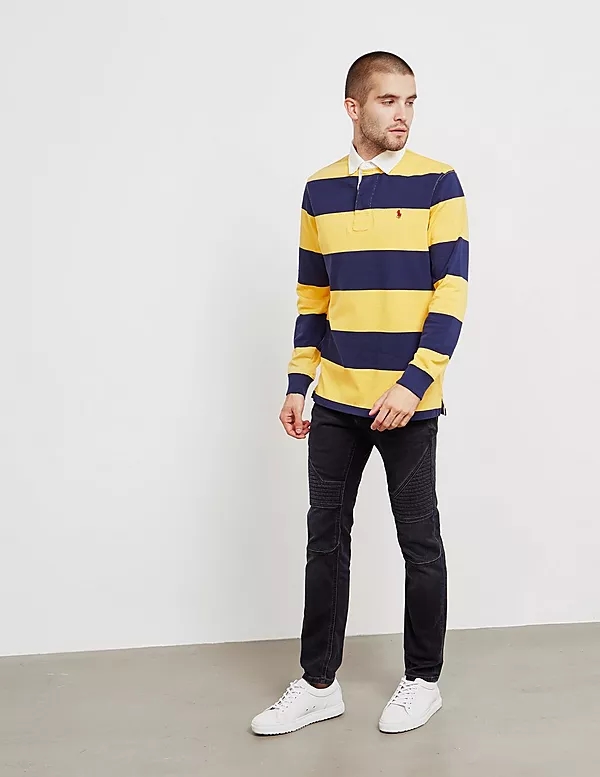 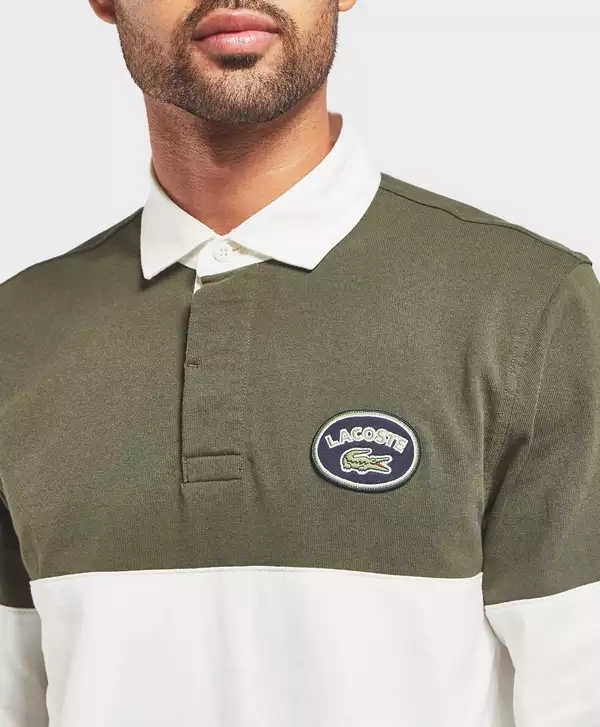 This is a bit of me this. (said in the style of Danny Dyer for no apparent reason). Yeah, it’s a bit of me. I like it, is what I’m saying. The big dumb logo has me in mind of French exchange students and that’s why it’s better than a mere croc. I’d point at menus and laugh at French words like ‘coq’ and ‘bifteck’ while wearing this. 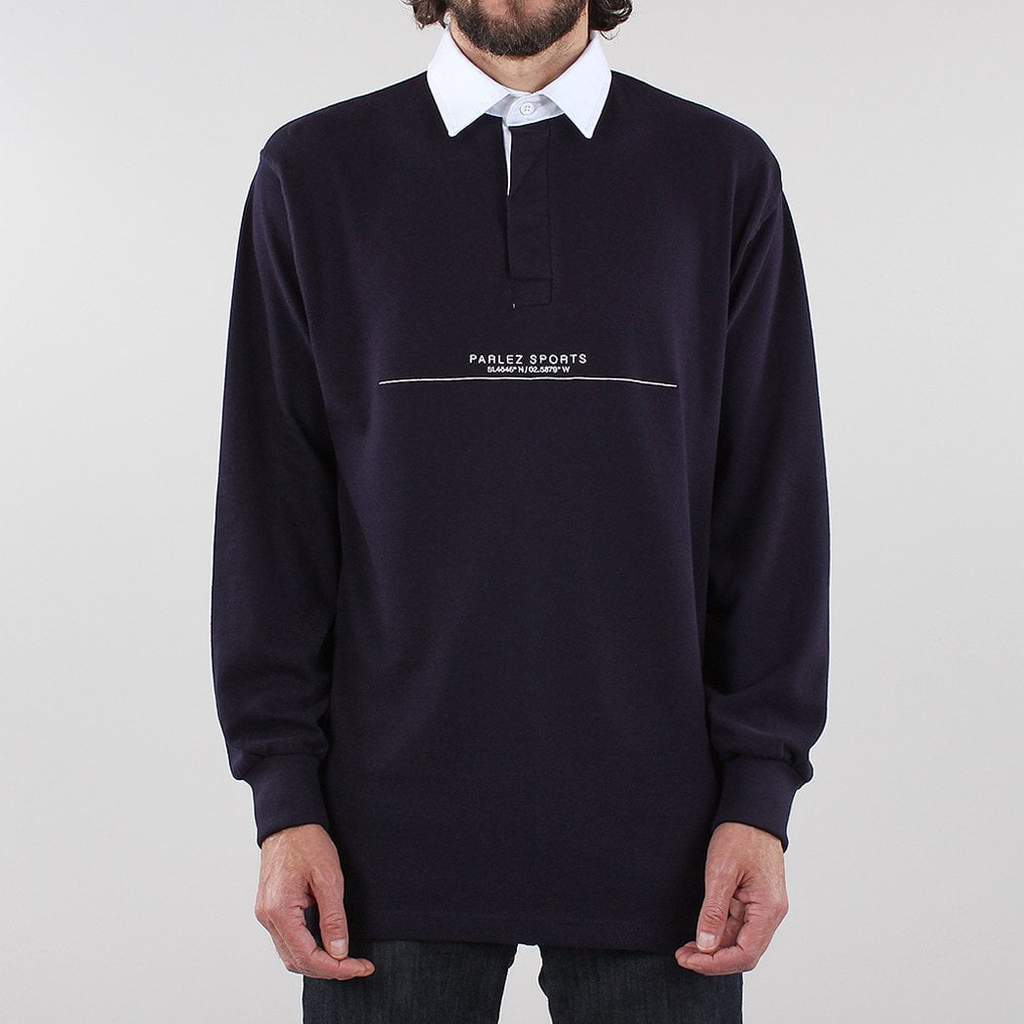 From one brand steeped in French heritage to another that just sounds like it is. Parlez Clothing is from Bristol and this season is its first full on cut and sew collection, apparently. This rugby top is just as at home in one of these warehouse parties the kids go to as it would be worn by a modern man of 47 while on the school run. I reckon.

Urban Industry have them. 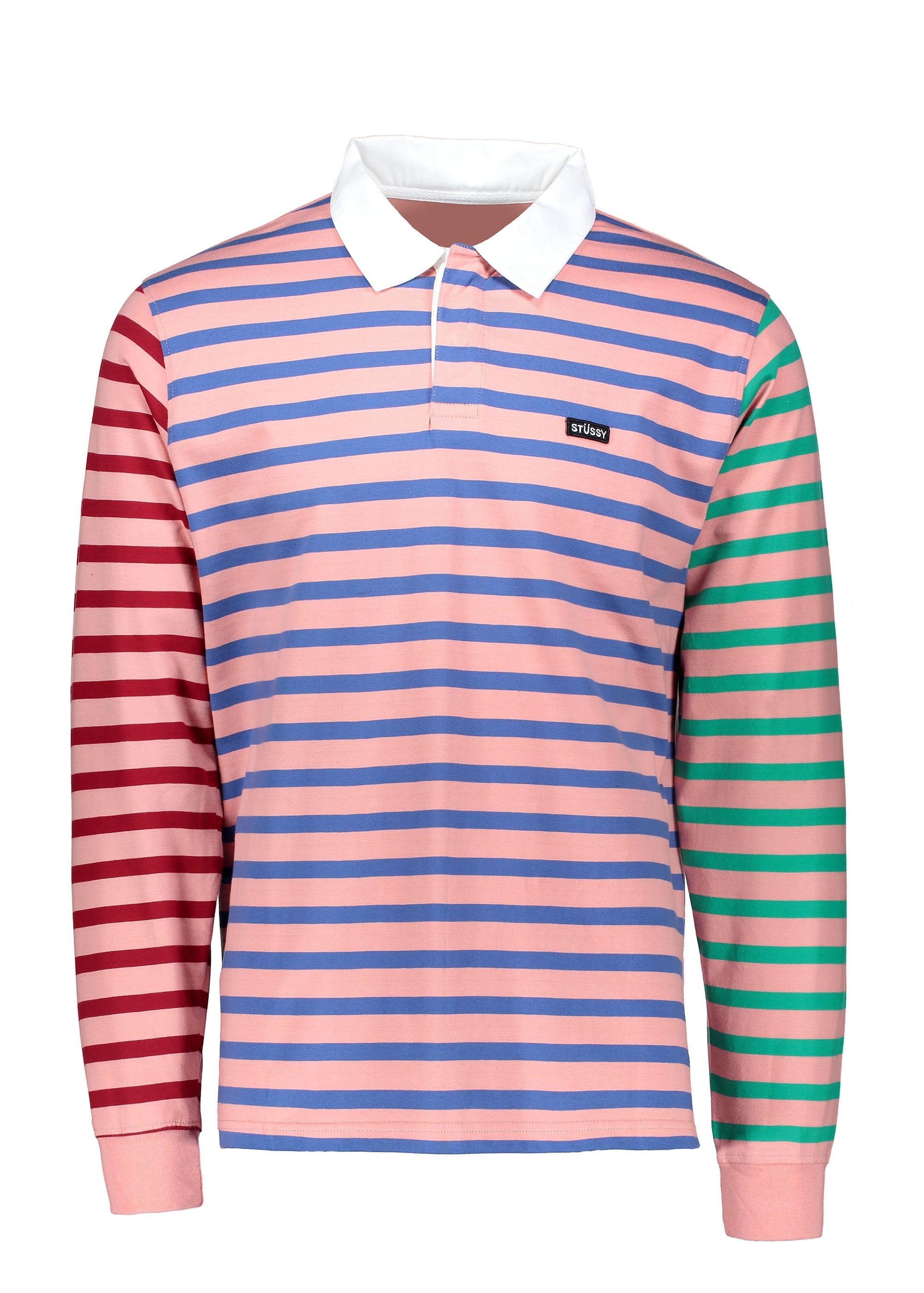 Then there’s this, from notorious rugby fanatics Stussy. Pfft, do they even have rugby in California? Bit surprised this is still available in the sale at a few places tbqh, but maybe not everyone likes to make a statement. Or maybe it’ll be one of those that is in the sale, sells out then suddenly everyone wants.

Get it from Triads anyway. 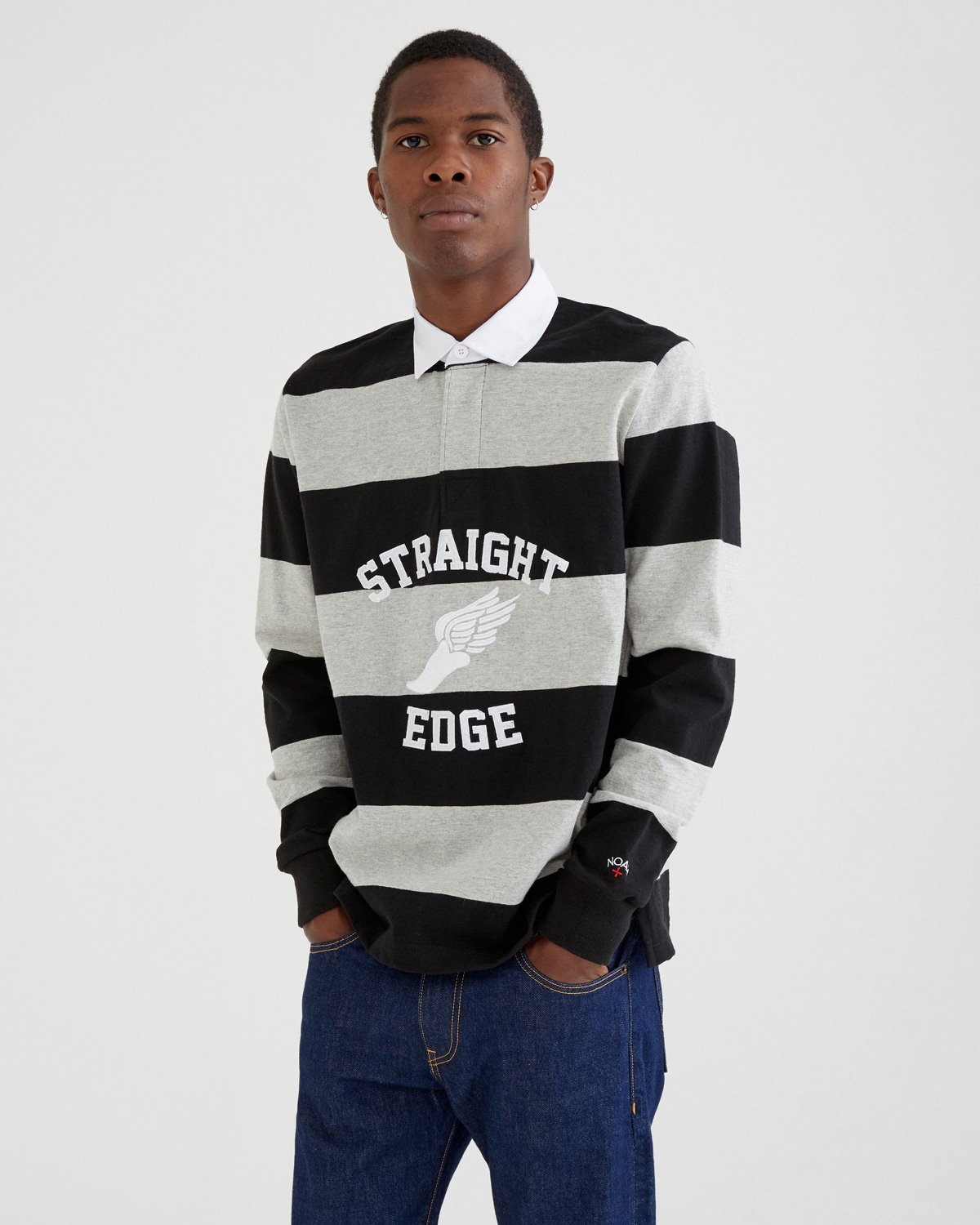 Get this lad a jacket will you, he’s shivering here.

Noah make things that are so nice I wish they sold them over here. That way I wouldn’t have to pay a million pounds in shipping every time I see something I like. I prefer their plain rugby shirts but they’re almost sold out, whereas these ones bearing the message ‘straight edge’ are still available at the time of writing. Get one and show how much you don’t want a beer. Plus you can impress all your mates with your relaxed attitude towards postage fees.