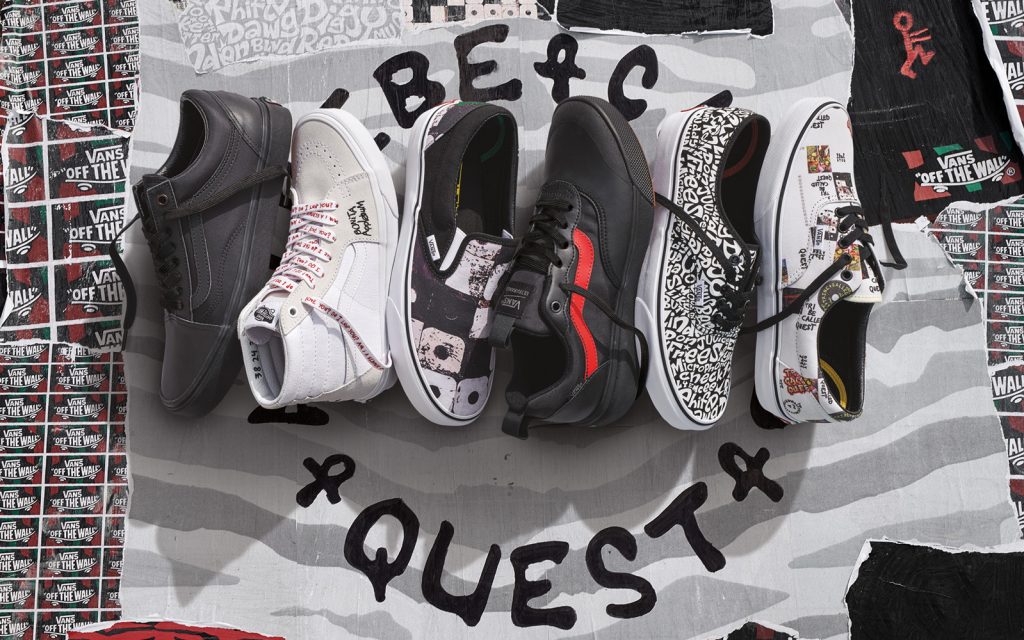 Whilst some collabs can feel a little bit ‘what the fuck are you on about mate?’ I think this Vans and A Tribe Called Quest dalliance holds some weight. They’re a pretty Vans-y kinda group aren’t they and you could actually see Q-Tip popping out to the shops in a pair of these couldn’t you? The exclusive collection include Vans classics such as the Slip-On, UltraRange, Old Skool, Slip-On, Authentic, Sk8-Hi and Era in bold colours and prints with suitably ‘tribal’ markings that you most definitely can kick it in.

Providing a shoe-based discography of the tribe the Slip-On style highlights the cover artwork from A Tribe Called Quest’s 2016 album, We Got It From Here… Thank You 4 Your Service, with embroidery of the album title, while the Era features an all-over graphic print of album covers spanning from 1990 to 2016. Based onThe Anthology album artwork, the group’s rendition of the Old Skool features a classic black on black colourway. Whilst he Sk8-Hi features odes to their well-known Bonita Applebaum track with album artwork and printed lyrics on the shoelaces, quarter panels and lining. And a truly special rendition comes from the Authentic, which honours the life of the late Phife Dawg, who passed away in 2015. Lastly, the group’s version of Vans’ newest silhouette, the UltraRange, features black leather uppers with a contrasting red Sidestripe.

The Vans x A Tribe Called Quest collaboration will be available across Europe online and in retail stores from April 6th, 2018. 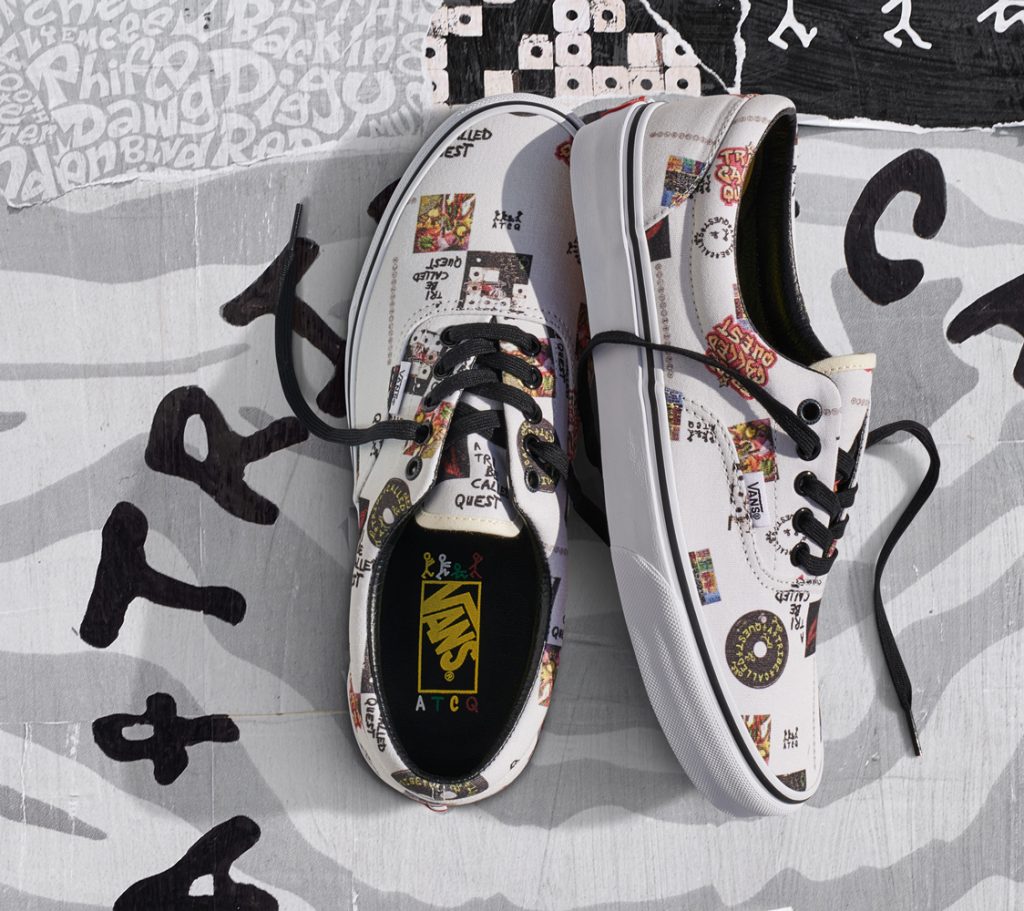 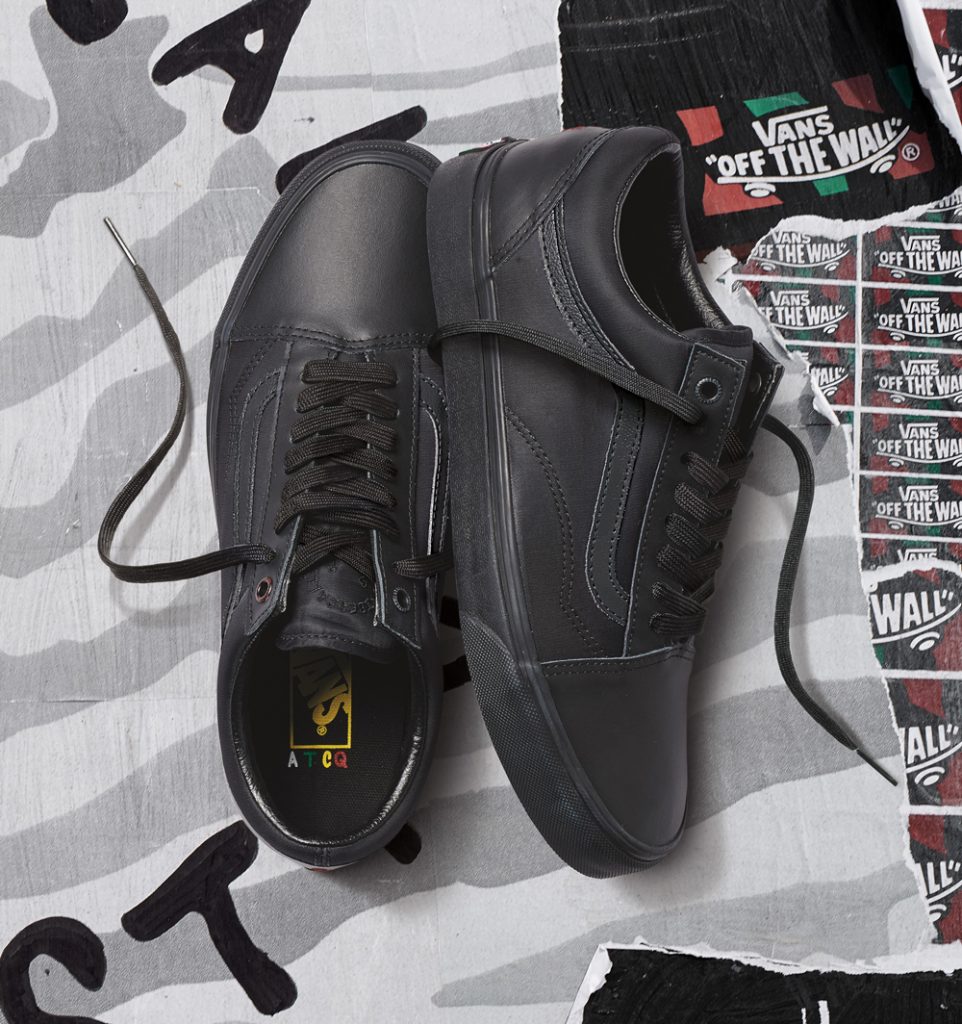 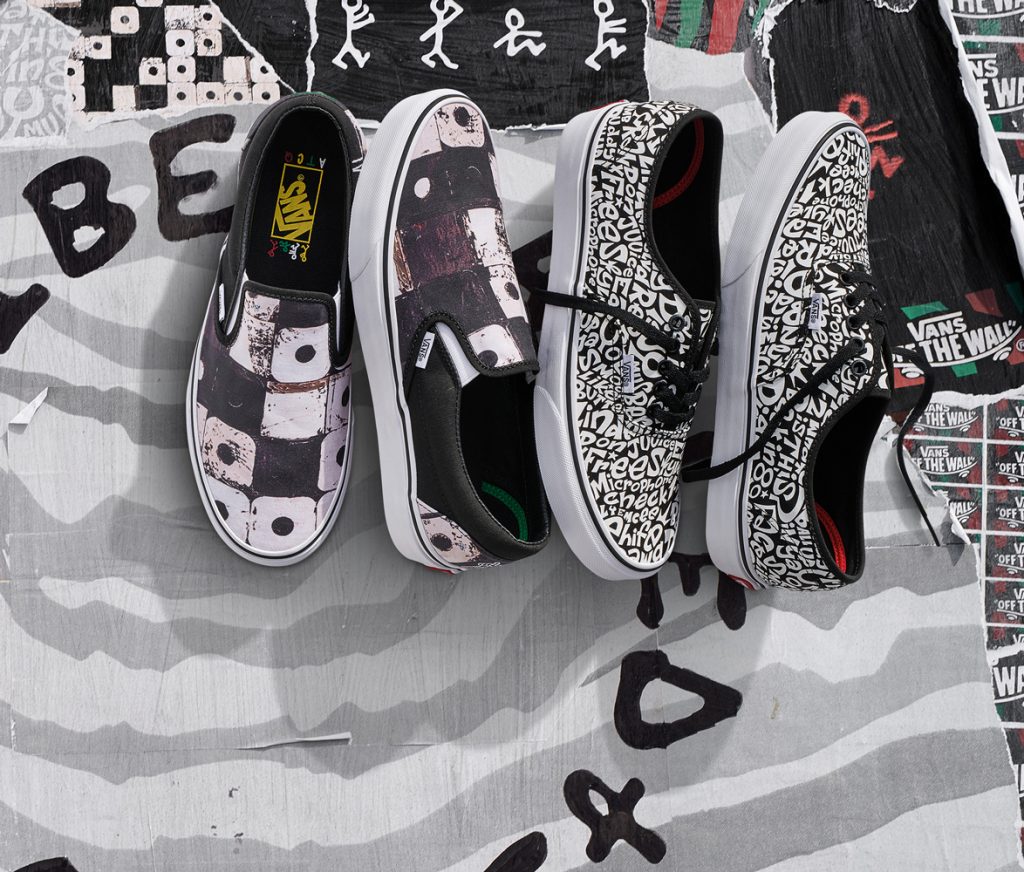 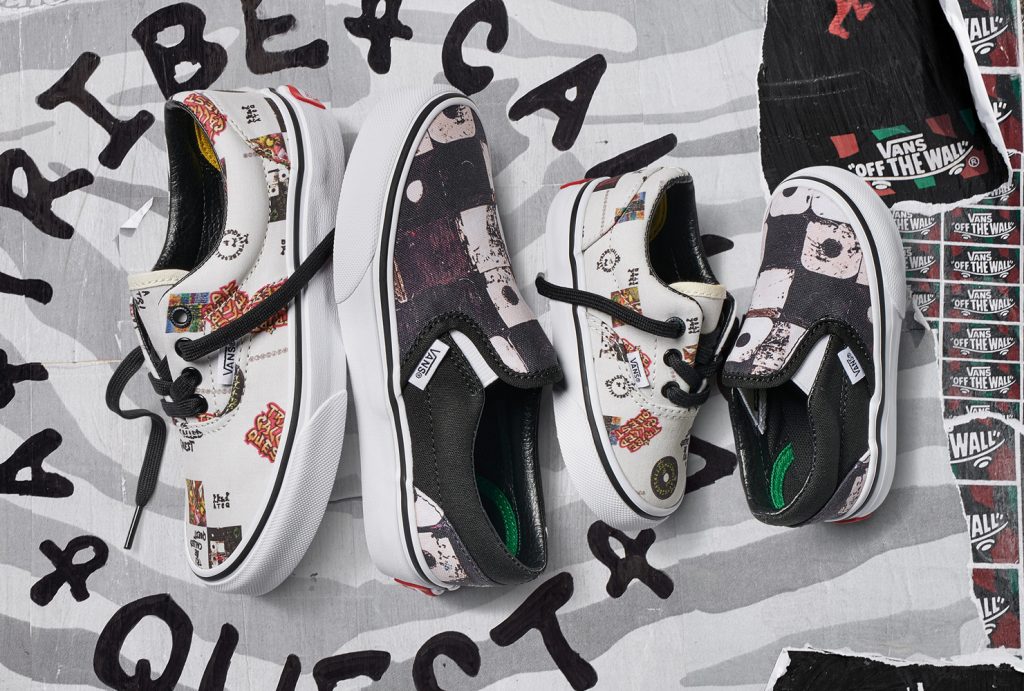