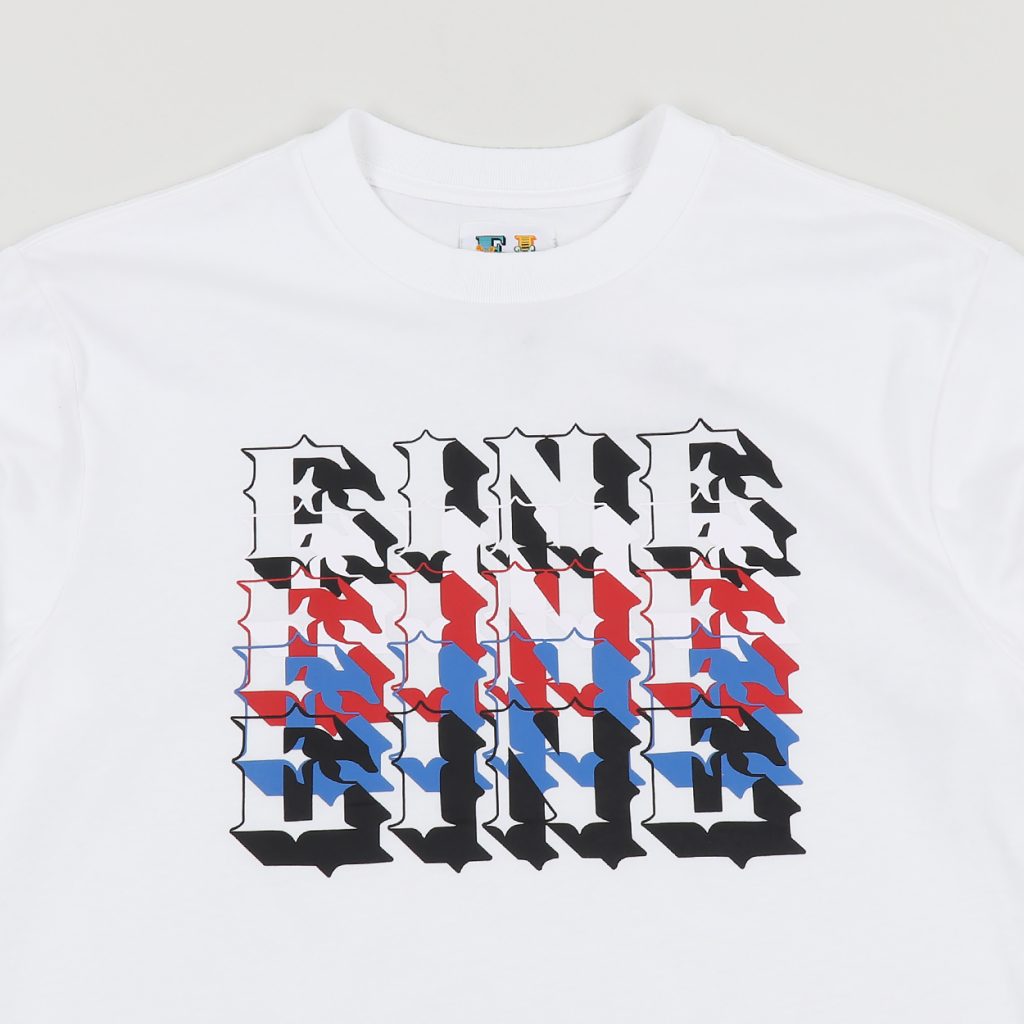 Your man at Working Class Heroes Joey Barker has just informed us that there’s a new addition to the addition to their brand family and it’s got them all very excited up there in Ulverston. Eine is the brainchild of famous grafiti artist and designer Ben Eine whose signature alphabetic lettering can now be seen on shop front shutters the length and breadth of the UK. Intrigued by this we got Joey to give us some more deat on the origins of Eine:

“Ben’s work began by spraying his unusual ‘throw up’ tags around the underground London graffiti scene. This artwork stood out from the usual tags and dubs that were seen on the street, and his original art can still be seen around some dingy areas of East London. As his popularity grew, he moved into more commercial graffiti and began working from a workshop above the Dragon Bar on Leonard Street, London (since demolished). It was here he began designing his custom clothing. This clothing has evolved into the new range of tees that we now stock. An amazing selection, they feature his iconic lettering, printed onto some top quality cotton jerseys which help to elevate classic streetwear to new lofty heights. You can expect to see Eine all over our social media and in our Spring and Summer lookbooks. Keep your eye out.” 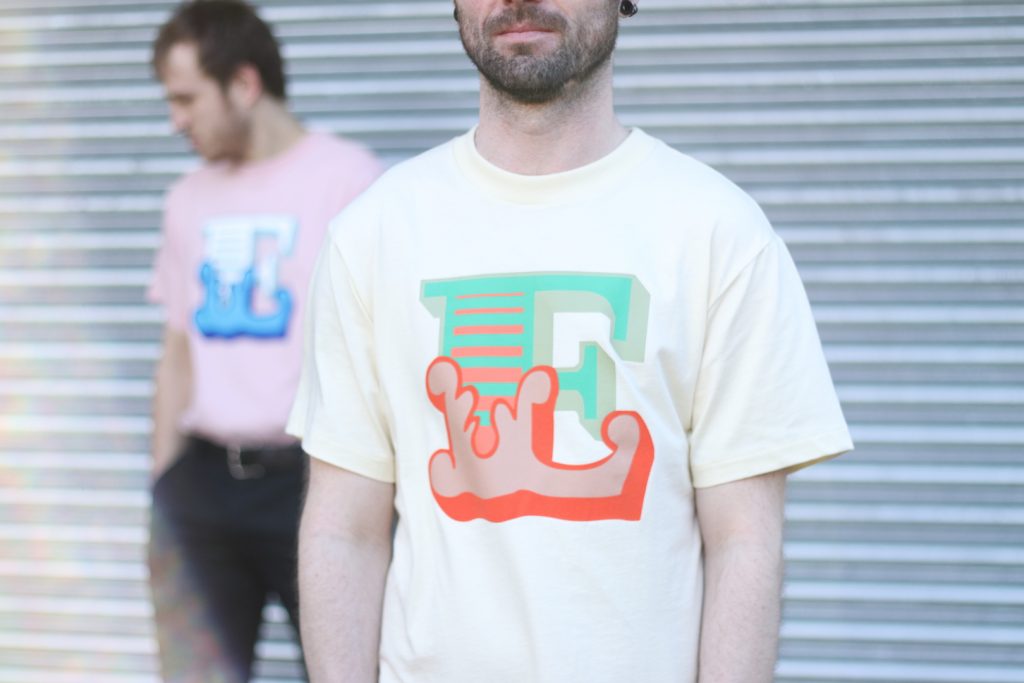 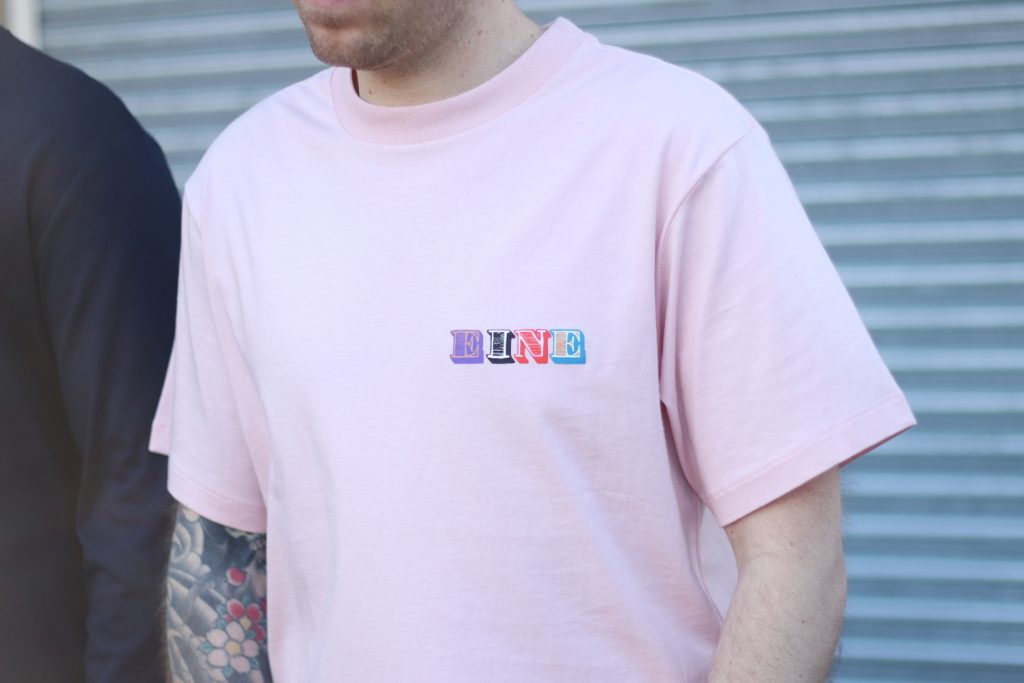 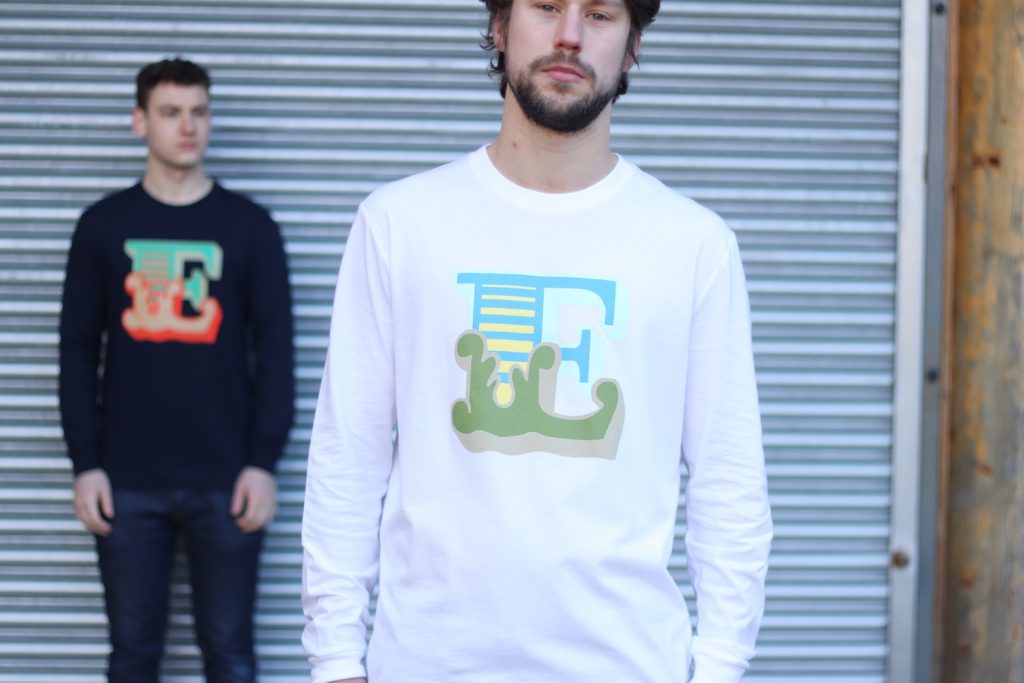