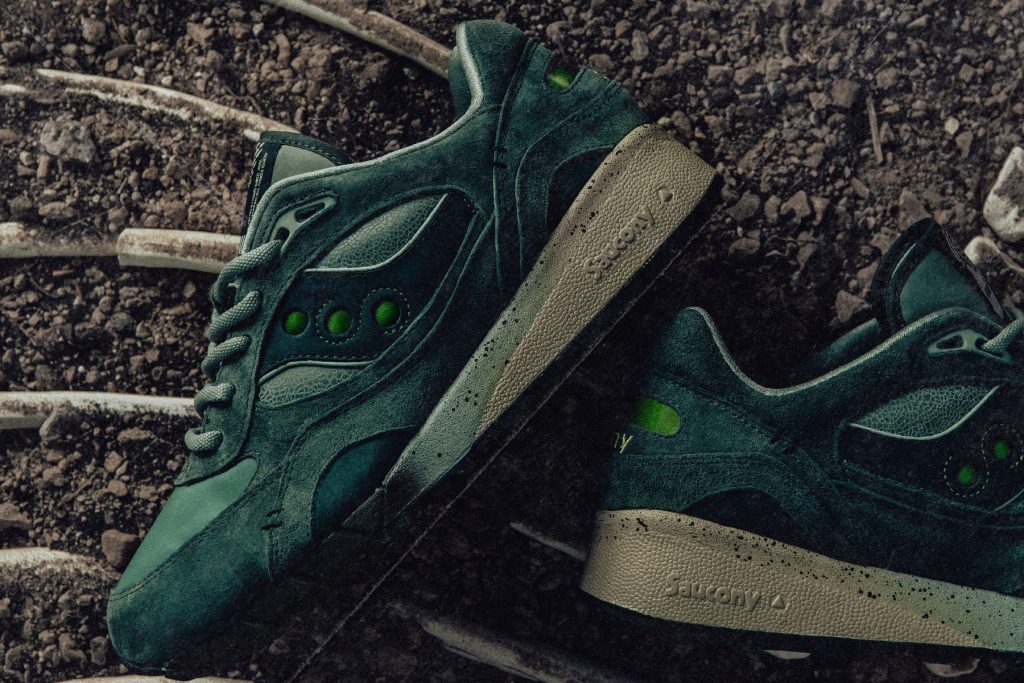 Proper Mag is very into Saucony and all the mustard trainers they’ve made in their time, but they’ve recently taken it up another level. Whether they’re reworking iconic silhouettes, playing with fancy new colourways or collaborating with mates, they’re doing it well.

For their latest collab, they’ve teamed up with Feature, a American sneaker store, to release a rework of Saucony’s classic Shadow 6000, this time entitled: Living Fossil.

The trainer is inspired by the Ichthyosaur (Google it, it’s mad), Nevada’s state fossil, and the colours it possessed during it’s existence. It’s accompanied by a small clothing capsule too, including shorts, tees and a cap – which will be available exclusively at Feature.

The trainers feature a Beryl-coloured suede and nubuck upper paired with water-resistant panel which means you can spill as much shit on them as you want and you don’t have to worry. Dark green holographic bits dress the traditional Saucony dots, as well as the heel window providing a shimmer when hit by light, while nylon details and a gradient speckled outsole add further detailing.

Additional bonuses include looking mint with shorts and giving you a few extra inches in height too. They’re are available now at Feature. 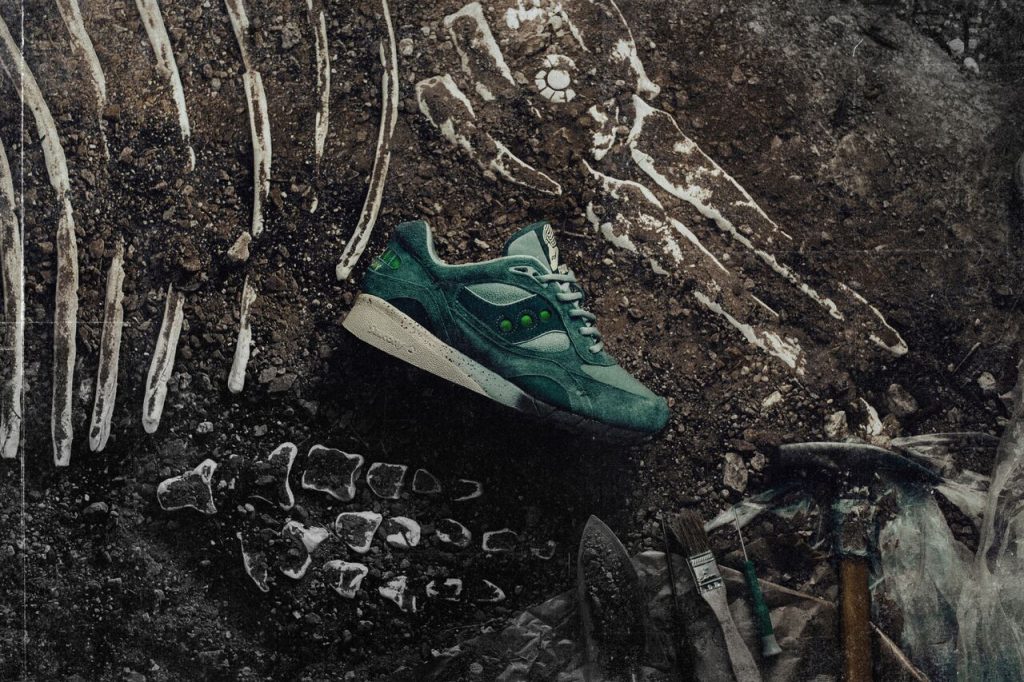 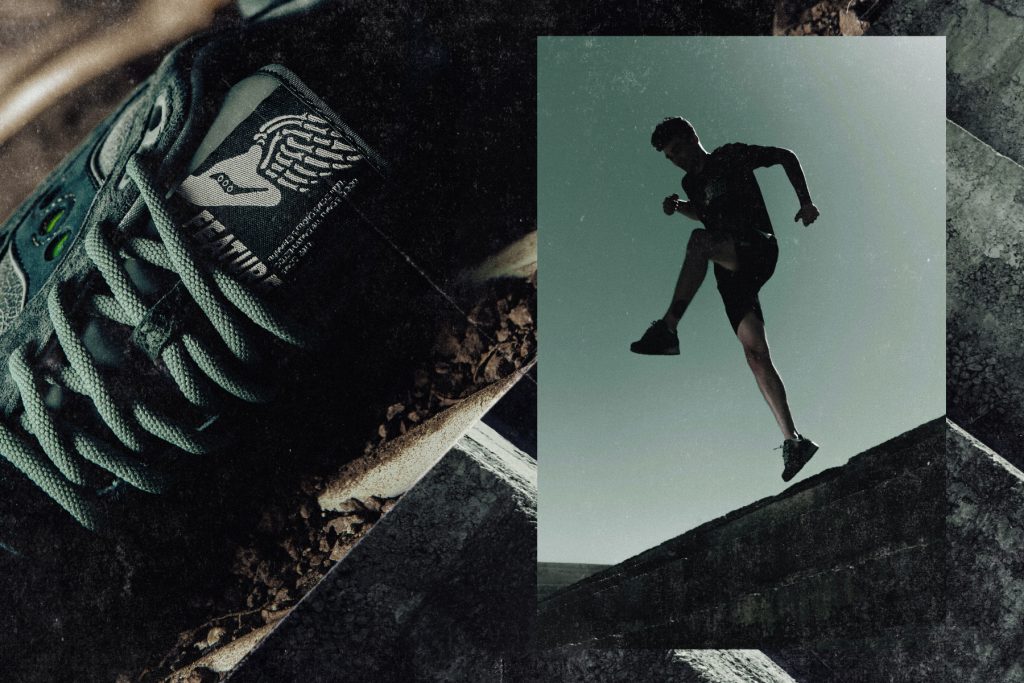 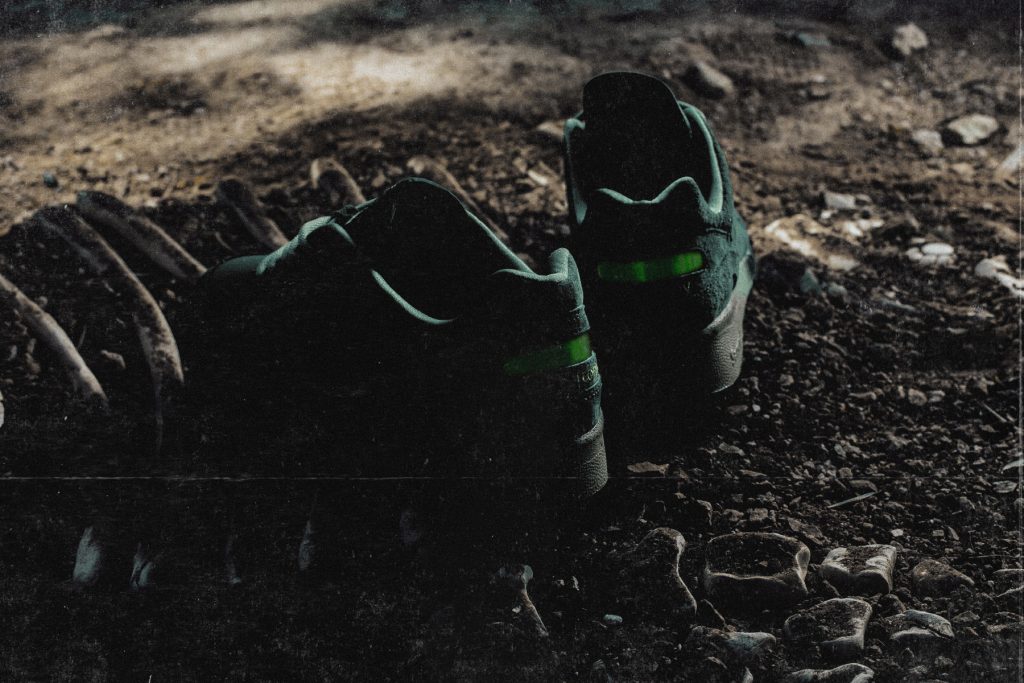 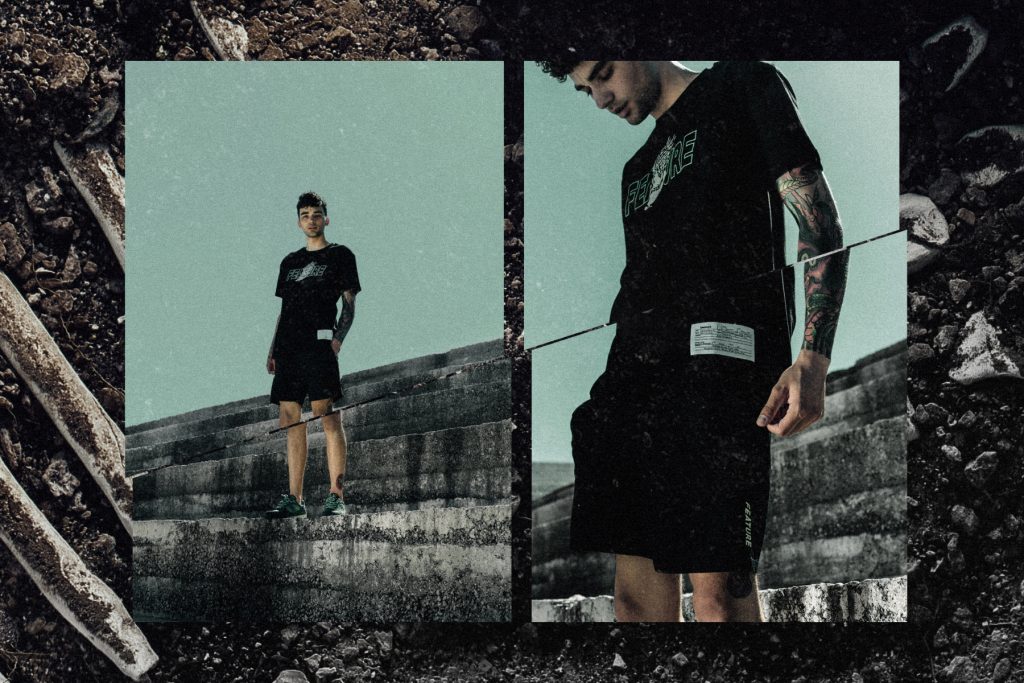 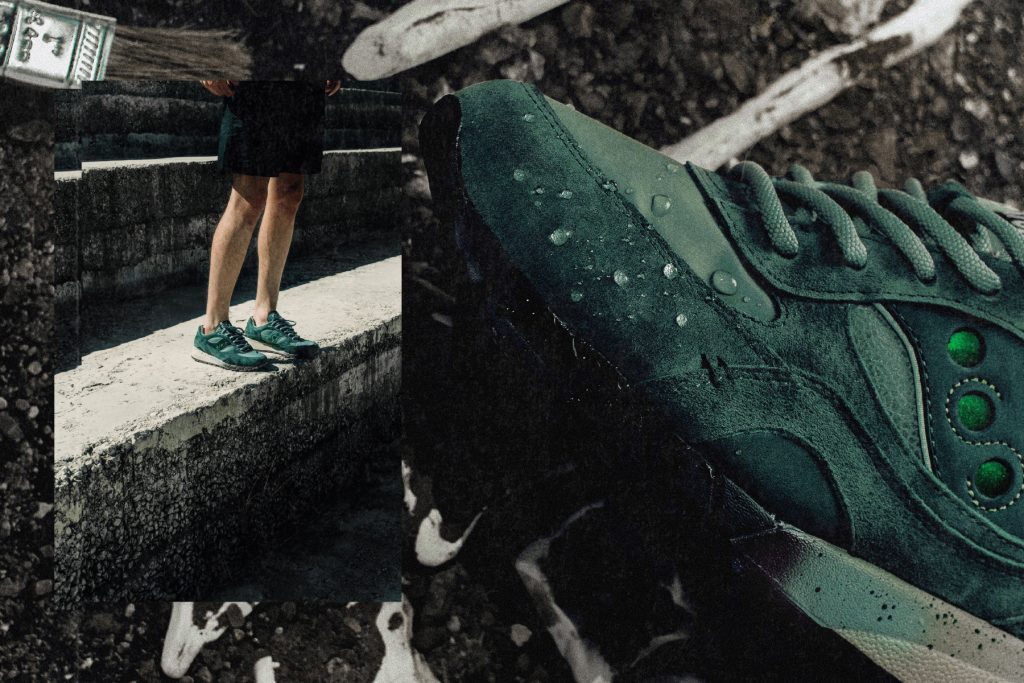 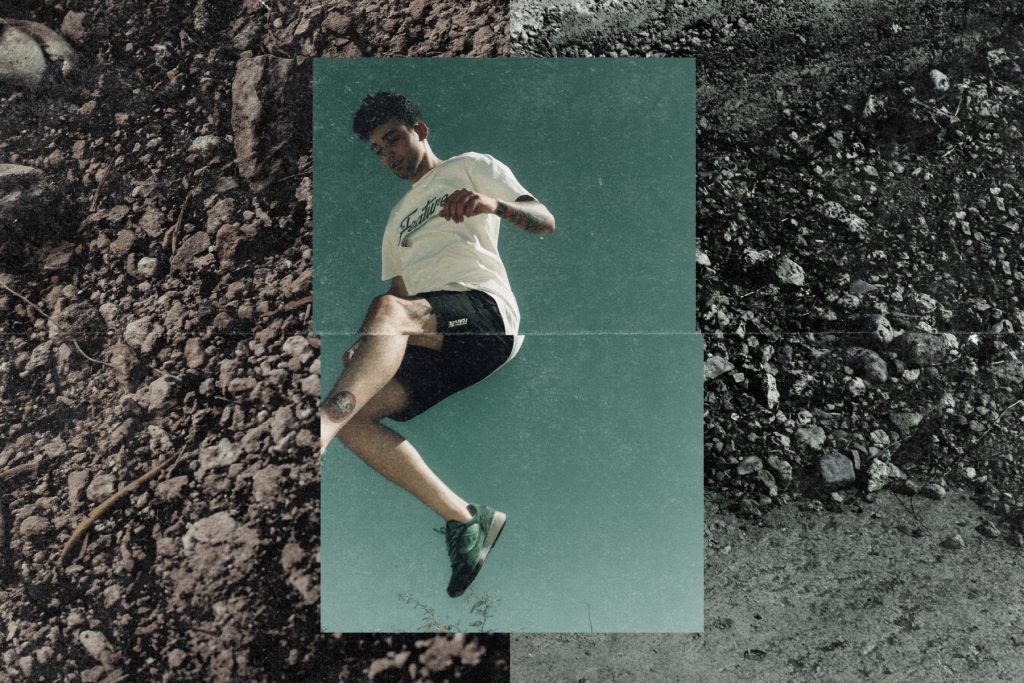 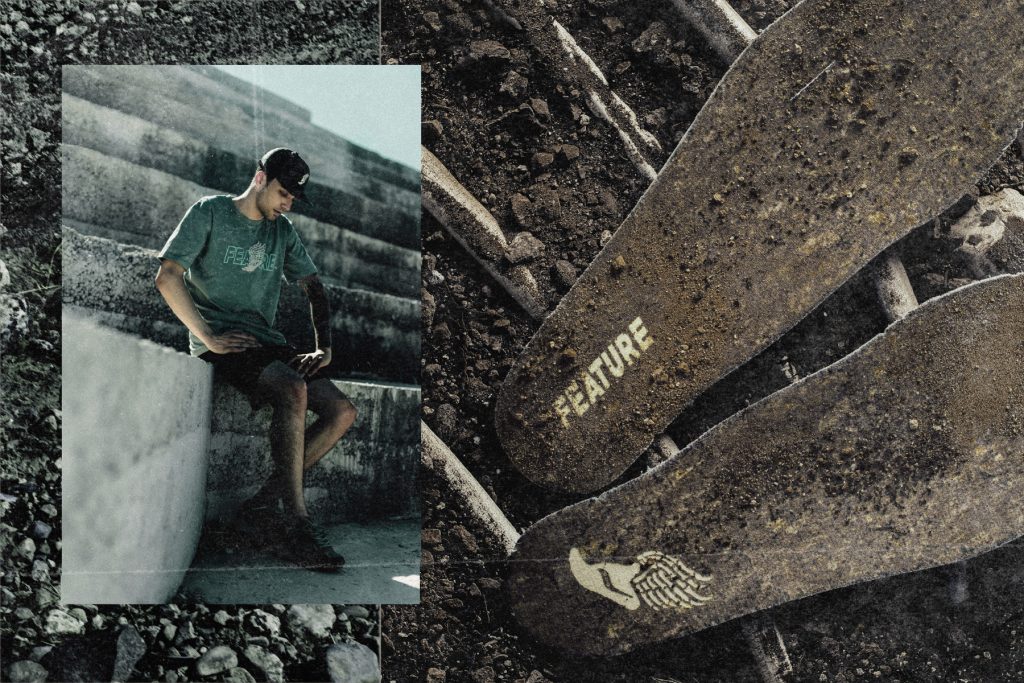