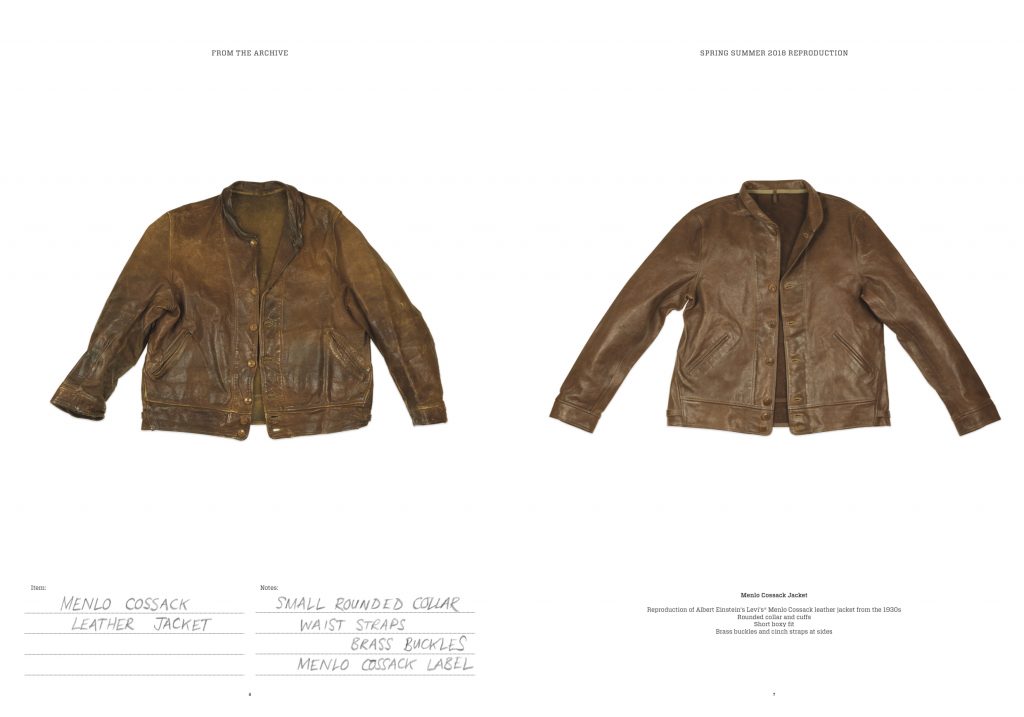 In 2016 Levi’s made a winning bid for a brown leather Levi’s Cossack jacket at Christies Auction house that belonged to world famous clever clogs Albert Einstein. The jacket it self was bought by Albert back in the mid-1930s around the time he was becoming an ‘official’ American citizen and was such a well loved item of clothing that it even made it onto the front cover of TIME magazine in 1938. It also crops up in his autobiography where his contemporary Leopold Infeld is quoted as saying: “One of my colleagues in Princeton asked me, ‘If Einstein dislikes his fame and would like to increase his privacy, why does he … wear his hair long, a funny leather jacket, no socks, no suspenders, no ties?’ The answer is simple. The idea is to restrict his needs and, by this restriction, increase his freedom. We are slaves of millions of things … Einstein tried to reduce them to the absolute minimum. Long hair minimised the need for the barber. Socks can be done without. One leather jacket solves the coat problems for many years.” Which makes a very good argument for buying a leather jacket if you’re not a genius.

Now that this iconic item of outerwear history is safely ensconced in the Levi’s vaults the LVC team have finally been able to recreate an exact replica of the Cossack jacket with the an eye for detail that only they can do. Not ones for doing things by halves either, the SS18 jacket comes wrapped in tissue paper with a reproduction of the winning number 97 auction paddle alongside a photo of Einstein wearing the jacket as well as a small bottle of scent made in conjunction with D.S. & Durga. The idea being to invoke the scent of the jacket via a heady fragrance that combines burley pipe tobacco, papyrus manuscripts and vintage leather.  So there you have it, a meeting of minds and relative genius that can be neatly summed up in the following formula: LVC=MC2. 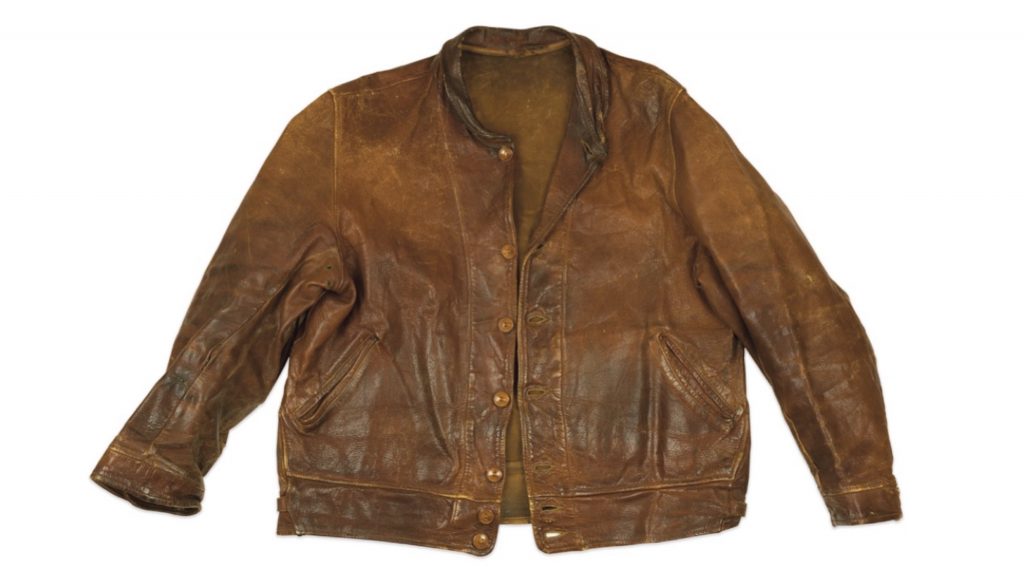 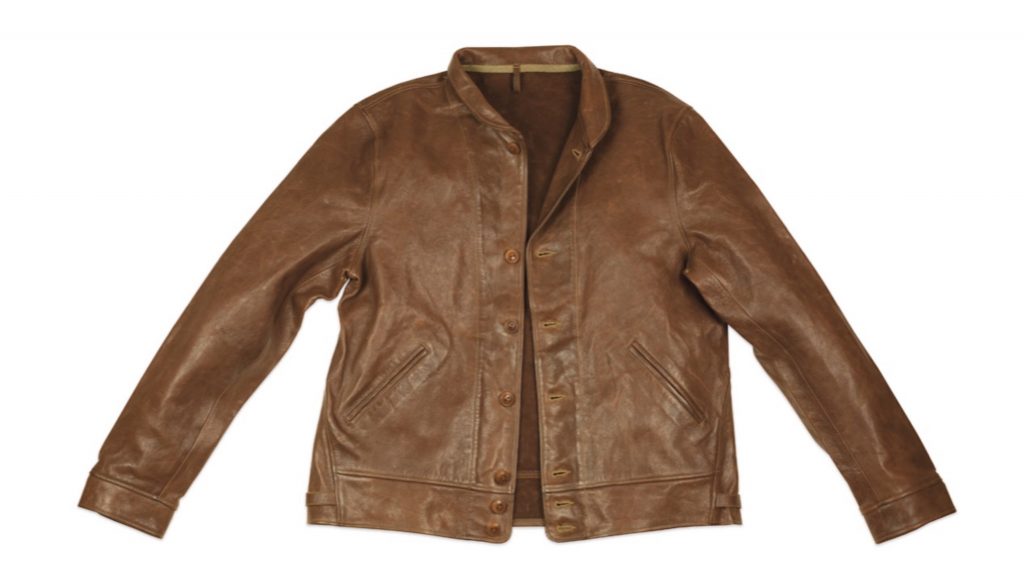