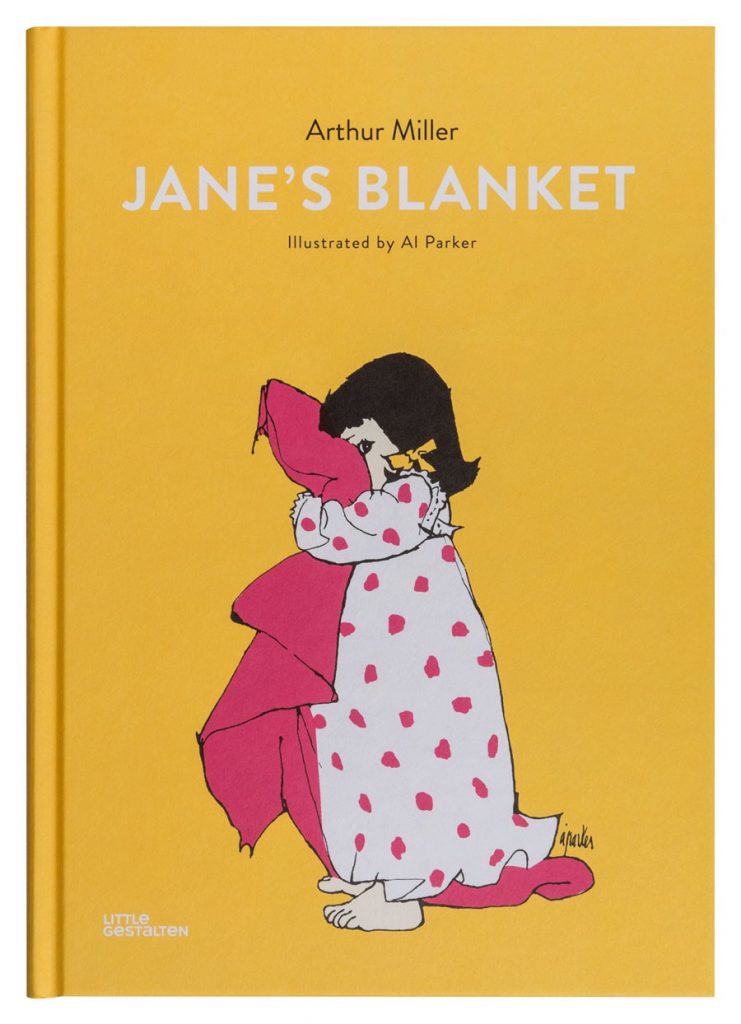 As Christmas is all about ‘the kids’ and we think that everyone needs to read more here at Proper, we’ve decided to put together a list of tried and tested Little Gestalten titles that you can buy for the bambinos in your life this year. It’s all well and good playing on your tablet all day but nothing beats a really beautifully written and illustrated book for sending them off on a super chilled tip a bedtime. So if we’re all sitting comfortably, then I’ll begin..

Animal Allstars (Ages 8 and up)

Yeah OK so we’ve all seen a book on animals from around the world but how many of them tell you what would happy toa Pangolin if it bumped into a lion or who would come out better in a scrap between a Honey Badger and a snake? Amazing illustrations that are accompanied by equally mind-blowing animal stats make this a top read for all budding zoologists who like a bit of aggro with their animal. 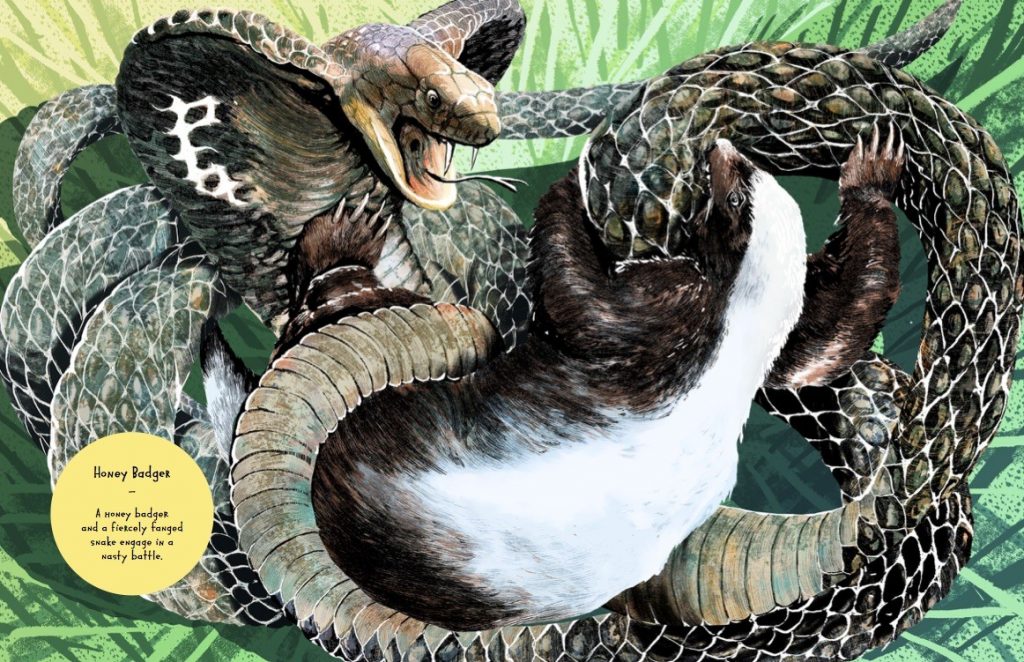 If you think that the Disneyfication of classic fairy-tales by Hans Christian Andersen and the brothers Grimm is bang out of order then avail yourself of one of Getsalten’s illustrated compilations. The still have happy endings but sometimes that happiness is gained from seeing ugly sisters have their eyes pecked out by karmic crows on your wedding day. Kids love a bit of karmic eye pecking even if you’ll have trouble keeping your tea down. 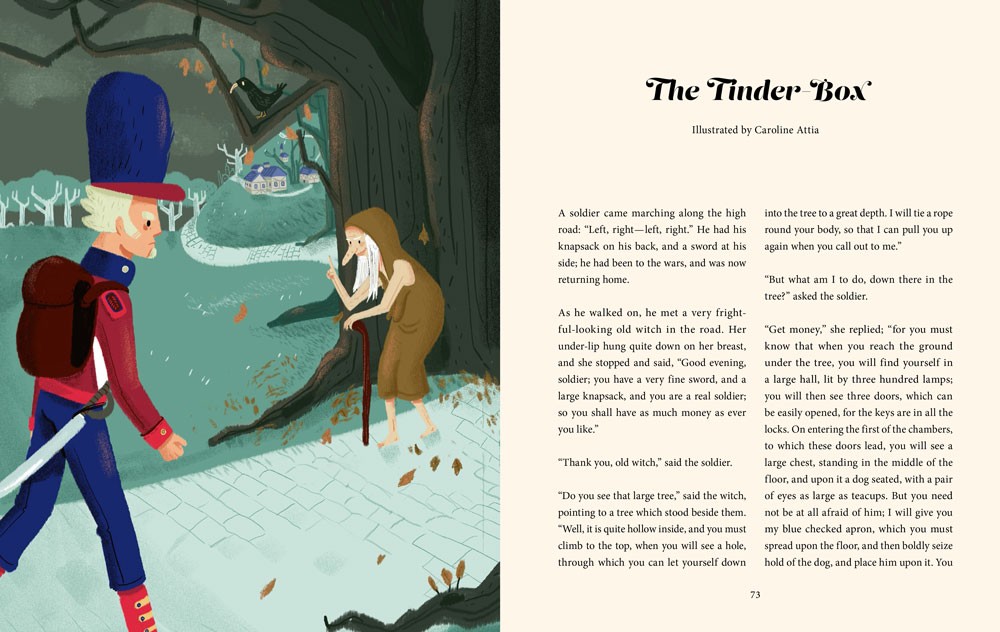 If you want your kids to grow up knowing that there are alternative career options to working in dead end jobs for ‘the man’ then you need to buy them this book. Rather than grassing us all up for spending far too much time on social media and forgetting to make that dead  important phone call What Do Grown Ups Do All Day? shines a thoroughly positive light on the wonderful world of work from bistro chefs to male nurses. 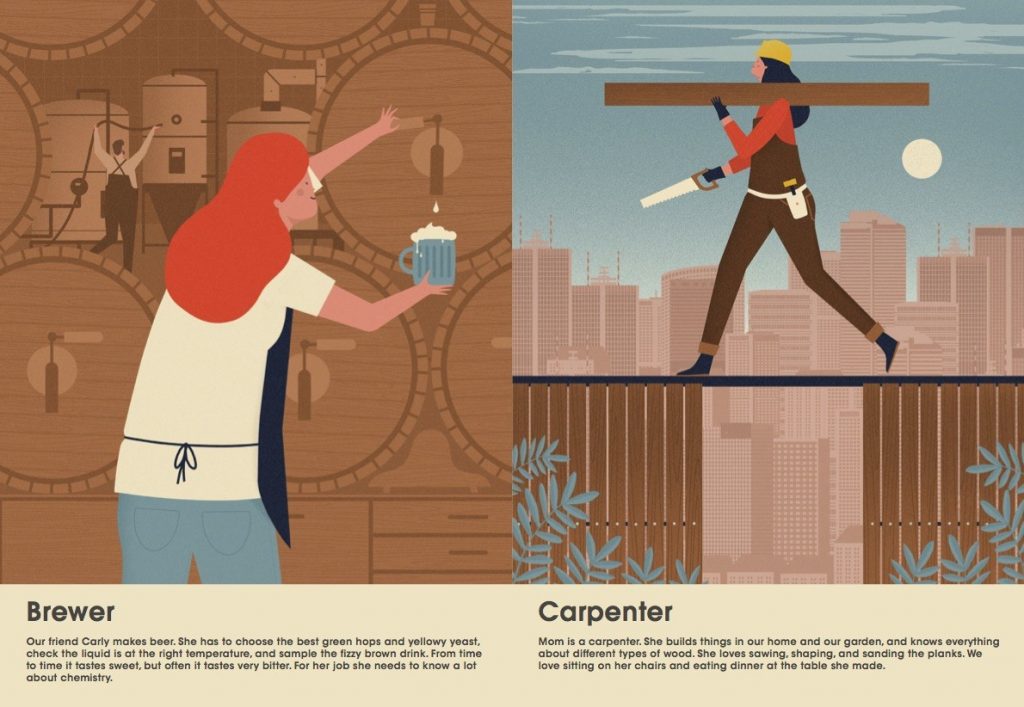 Dad!!! What’s the meaning of life?

She said to ask you.

Hang on I’ll google it.

What did it say?

I’ve just ordered you a book, it’s called ‘I am Life’ 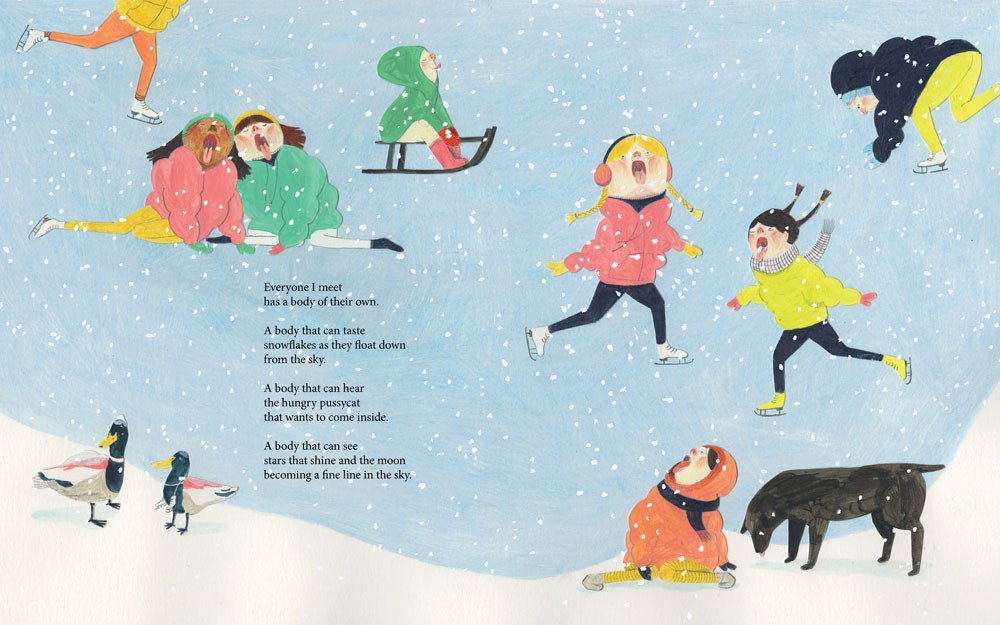 The Big Book of Treasures (Ages 8 and up)

Though this book is crammed with priceless tales of adventurous quests for riches beyond our imaginations throughout the ages, it’s worth the cover price alone for the tale of the Sass brothers. Like a cross between the Kray Twins and Robin Hood’s merry men they spent their time cracking safes, outwitting the police across Europe and giving heir ill-gotten gains away to the poor and needy. What’s perhaps more surprising is that they weren’t Man United fans in the 1980s but Germans in the early 1900s. 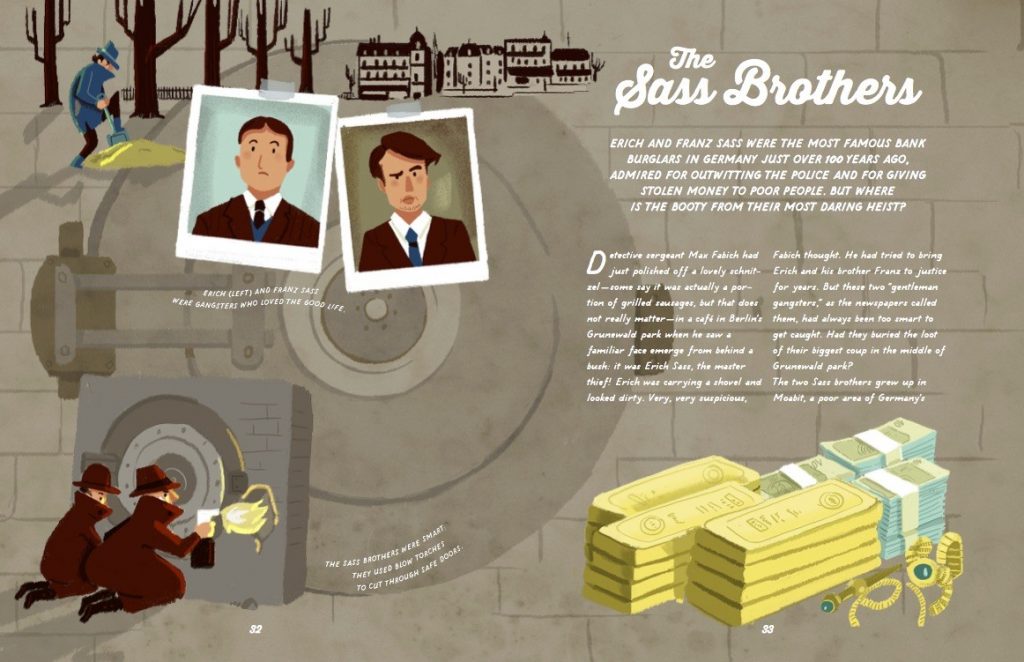 My Four Seasons (Ages 3 and up)

This is a charming journey through the four seasons as seen through the eyes of a family as told by renowned Polish illustrator Dawid Ryski and British writer Amy Visram. It’s a book that will send you off to sleep in the best way possible. 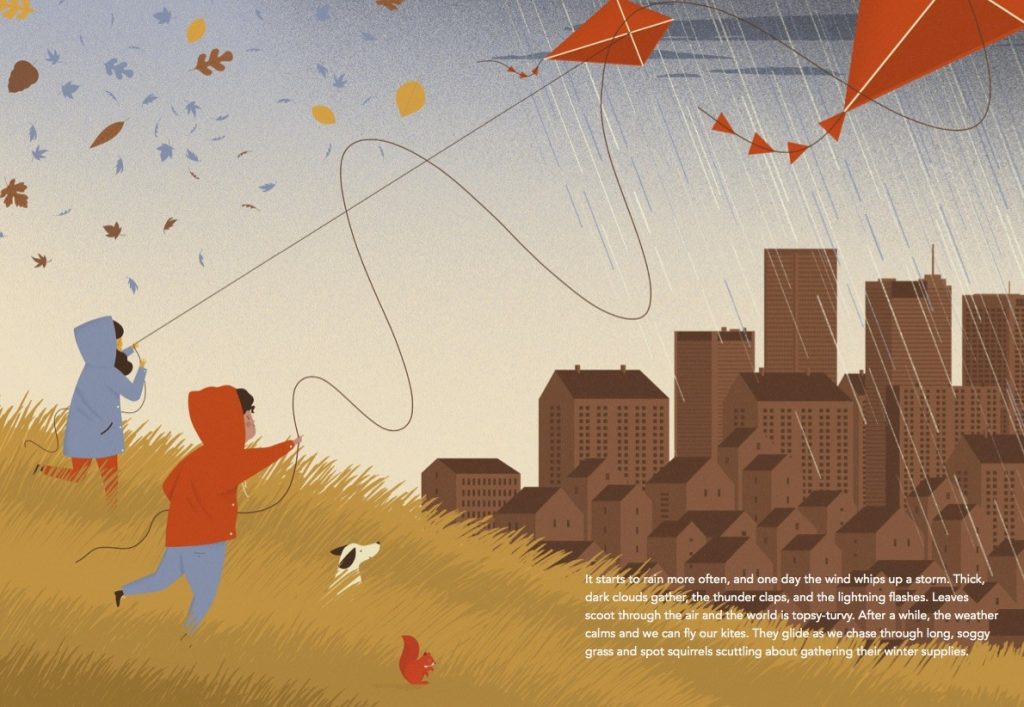 Jane’s Blanket (Ages 4 and up)

Written by the legendary playwright Arthur Miller the cuddly pink protagonist of this story is also a metaphor for the nuances between out-growing and growing up. Though your 4 year old won’t be too concerned with the clever narrative device being employed here, they’ll just be impressed by how knackered Jane manages to make her blanket over the space of 64 pages. 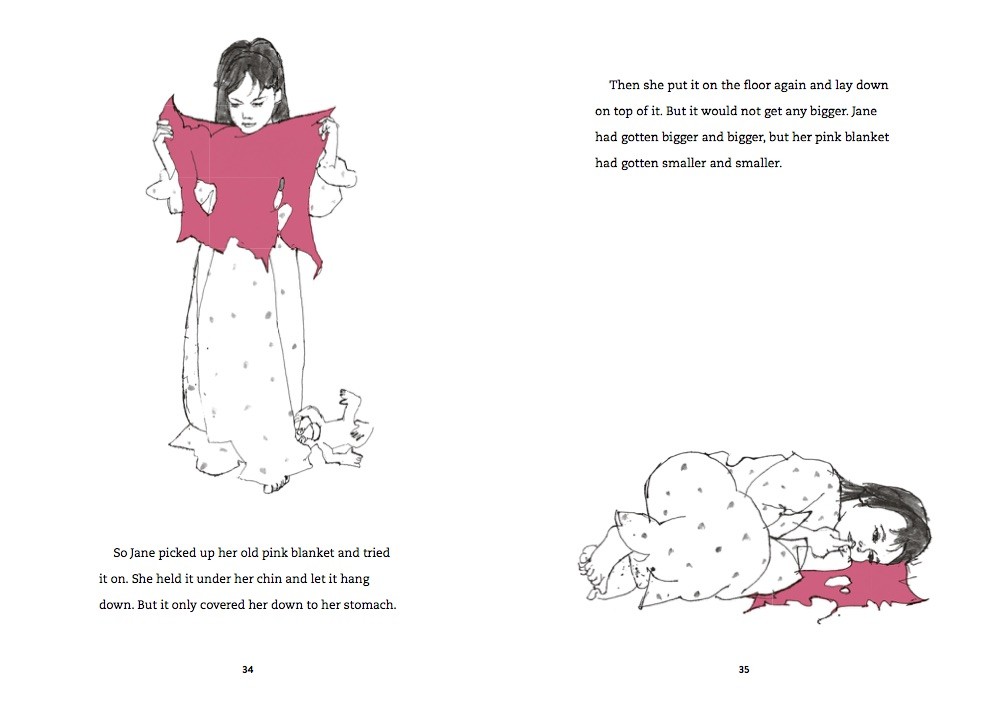 Coming across like a Richard Scarry book for the post iPhone generation Show & Tell Me The World follows our hero Otto as he encounters roadworks, airplane rides,supermarkets  and concerts. With aach double page spread crammed full of entertaining information and characters there’s enough here to keep even the most inquisitive of minds ticking over until well into 2018. 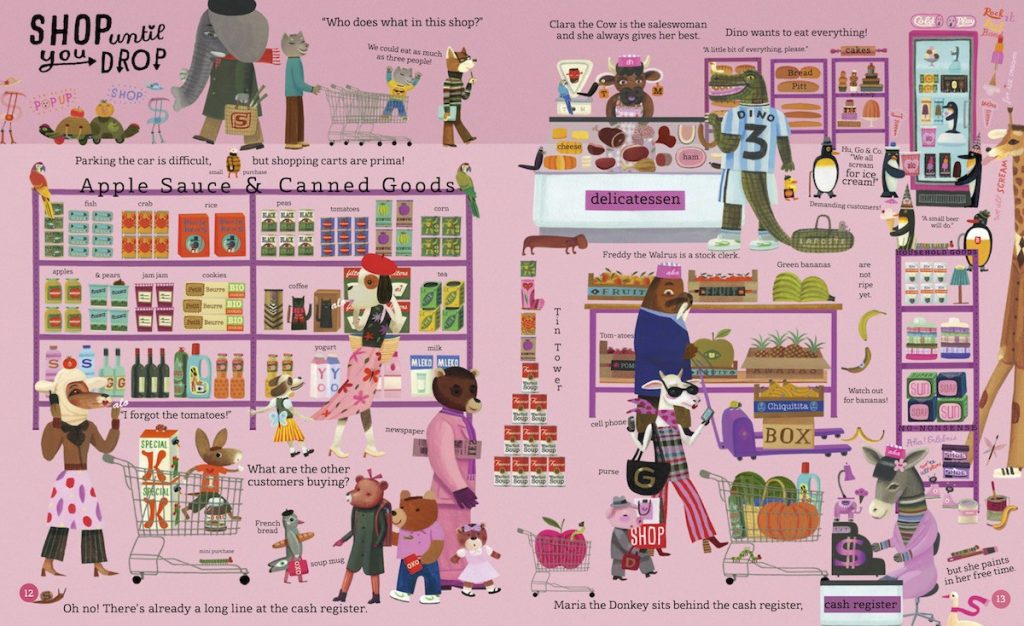