I’ve always loved trainers, like properly fucking loved them. I remember my mate getting a pair of Arrow AstroTurf (I didn’t say good ones) when I was about 9, the black ones with the red grip on the bottom and being jealous as fuck. We didn’t have a lot growing up, my mum and dad bought our Christmas presents with Esso tokens one year, and contrary to the “but we were happy” bollocks, I wasn’t because those Arrows were the nuts and we couldn’t afford them. My mum had to convince me Nicks were Nike.

My old man used to work the markets selling electrical equipment until Comet and Dixons (where are you now eh?) came along and skint him. Alan Sugar used to sell him radios, and my old man told him there’s no money in computers because the Japanese have got it sewn up (where are you now Alan, oh hang on……) and because of this he used to “get” trainers now and again. I remember my first pair of adidas being Martina Navratilova and trying to scratch the name of off cos she was a girl. The fact that she was more manly than my 10 year old self (and probably my 35 year old self) was lost on me at the time. I also remember a gleaming pair of Fila’s that were 2 sizes too big that I fucked up playing football in within hours.

Then onto senior school. The coolest/best dressed/hardest – he had the lot – kid in my year was called Amish. I used to think it was strange that an Indian kid had a Scottish name until I realised that it was spelled like that and the H wasn’t being dropped just because we were from dan saaf. School trips were a chance for everyone to wear what they want and I thought I was pretty cool in my Pony ( both metaphorically and literally) basketball boots. Amish turned up in Jordan IIII’s, the white and red ones, with socks tucked into Chipie jeans. And after the first few months when you realise you haven’t GOT to wear plimsolls for PE he’s turning up in Nike Air Pegasus and Air Max!!!!! Fucking Air Max for PE?

Anyway 1st year passed and everyone comes back in September, Amish is now Om. Partly because of the purple Naf Naf puffa jacket he had but mainly (according to rumour) because he had dropped a purple Om everyday for 6 weeks. And of course everyone’s got new school shoes and he’s wearing black Jordan V’s. I fucking loved them but could never spend £100 my mum didn’t have on a pair of trainers (if only my 12 year old self could see me now). In fact Nike Air seemed like the holy grail to me back then. That tag you got with them, especially the thicker one that had a sort of protruding border, that everyone left on. Reebok had a go with Hexalite that I kidded myself were their equivalent of Air and I remember a pair of adidas Torsion I had with the blue and yellow 3 stripes that were great. I even bought a pair of Ewings from the market which I tried to tell myself weren’t Jekyll but nothing could beat that bubble.

Of course as soon as I started work no-one was wearing Nike Air anymore, and to be honest I was doing a lot of gary’s by that time and most of my dough was going on them (they were proper then, not as good as they were a few years before but a lot better than they are now) and can only really remember a pair of navy suede Lacoste I had and the obligatory Patrick Cox’s. But they started to make a comeback (Nike Air and decent gary’s) and I can safely say I’ve made up for lost time with a good few pairs since. I’ve still got my Air Max 95’s in grey from about 10 years ago.
Size? have got an unbelievable selection of Nike in at the moment that has me thanking god the Internet wasn’t about when I was a kid as I’d have probably turned to a life of crime. Air Max 1, 90, 180 as well as the newer Rosherun and Free Run. And they’ve got 13 different pairs of Nike Air Pegasus, Om probably would have had the fucking lot. 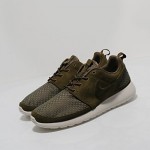 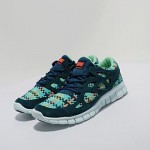 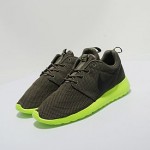 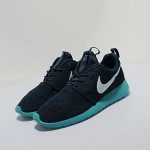 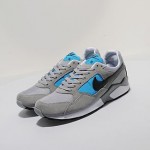 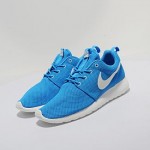 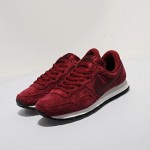 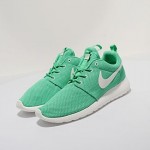 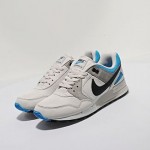 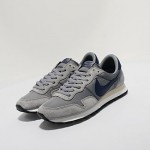 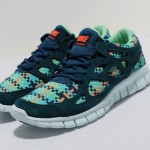 Just when we were starting to wonder …

Soulland made their name on the back …

When it starts to gets a …