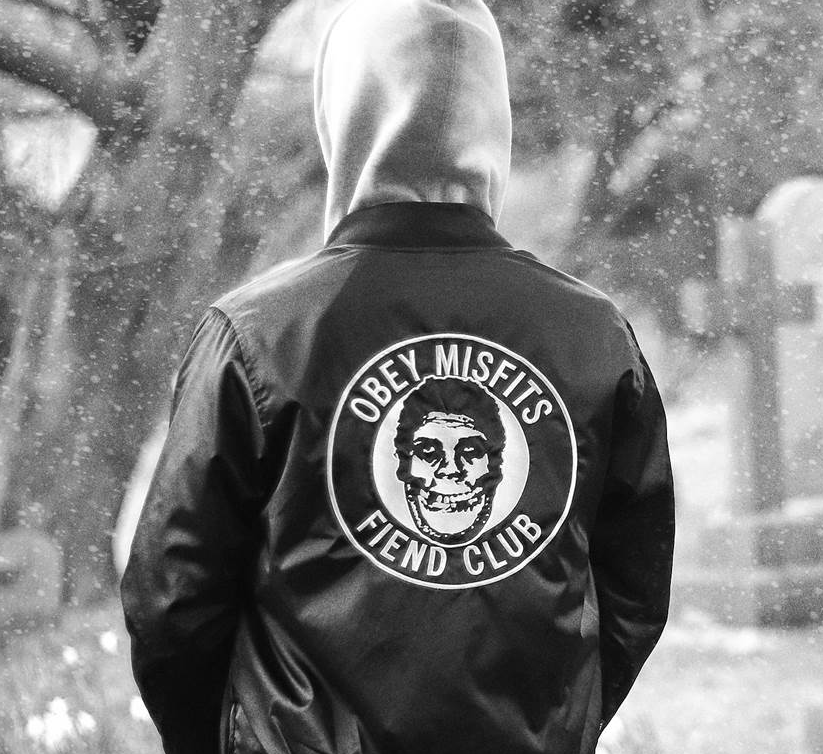 Though I pride myself on my punk rock and graffiti knowledge, I am more of a Sex pistols/Banksy kinda guy and have a very limited knowledge of the US versions. As hardcore to me will always mean involved young people in white gloves jumping up and down in a dark and sweaty warehouse with eyes like pool balls that have had chocolate buttons stuck onto them. So once more I’ve got Joey from Working Class Heroes (not the Ramones) to drop some science concerning the back story behind the latest Obey x Misfits collab…..

You probably already know all of this, but I’ll tell you just to be safe. Misfits are a punk rock band from New Jersey who are recognized as the progenitors of the ‘horror punk’ subgenre, as well as one of the foundation stones for the arrival of the hardcore punk scene during the early 80s.

Founded just over 40 years ago in 1977, Misfits took their name from Marilyn Monroe’s final film, establishing a kind of macabre theme from the get-go and to maintain this essence on stage they dress up in all kinds of ghoulish makeup and dark apparel. This DIY, ‘no fucks given’ attitude to music and promotion, performance and culture seemed to chime heavily with a bloke called Shepard Fairey. The name might sound familiar.

Now… you probably already know all of this… but I’ll tell you anyway. Shepard Fairey is an famous street artist, graphic designer, activist and illustrator from South Carolina, who first became known with his ‘André the Giant Has a Posse’ campaign which was distributed by the American skater community, with stickers of the wrestler’s face appearing all over the country. This began the ‘OBEY Giant’ trend, which made Shepard famous in the world graffiti scene. In 2001, he set up his own clothing line, Obey, which today is still one of the biggest streetwear brands on the market.

Last year in a big statement, Fairey laid out his reasons for working with the Misfits. Growing up in conservative South Carolina, the Misfits music was a ‘revelation’ to him, breaking his illusion of conformist tranquility in the family home, through Misfits discovering punk rock and skateboarding and eventually, of course, street art. Fairey has done work with Misfits before, and now he’s developed their 40th Anniversary artwork, along with a collection of collaborative material with Obey. Released on Friday the 13th, it’s a little bit eerie right away! 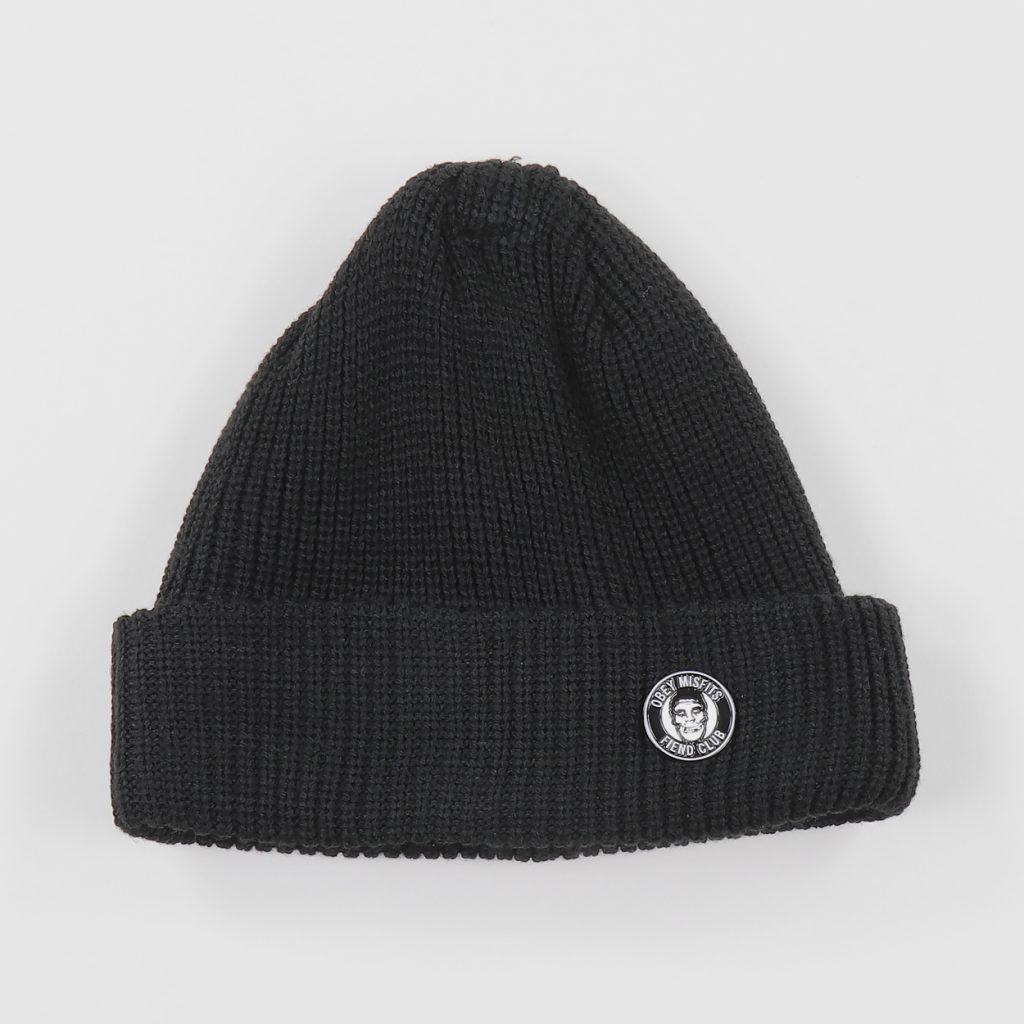 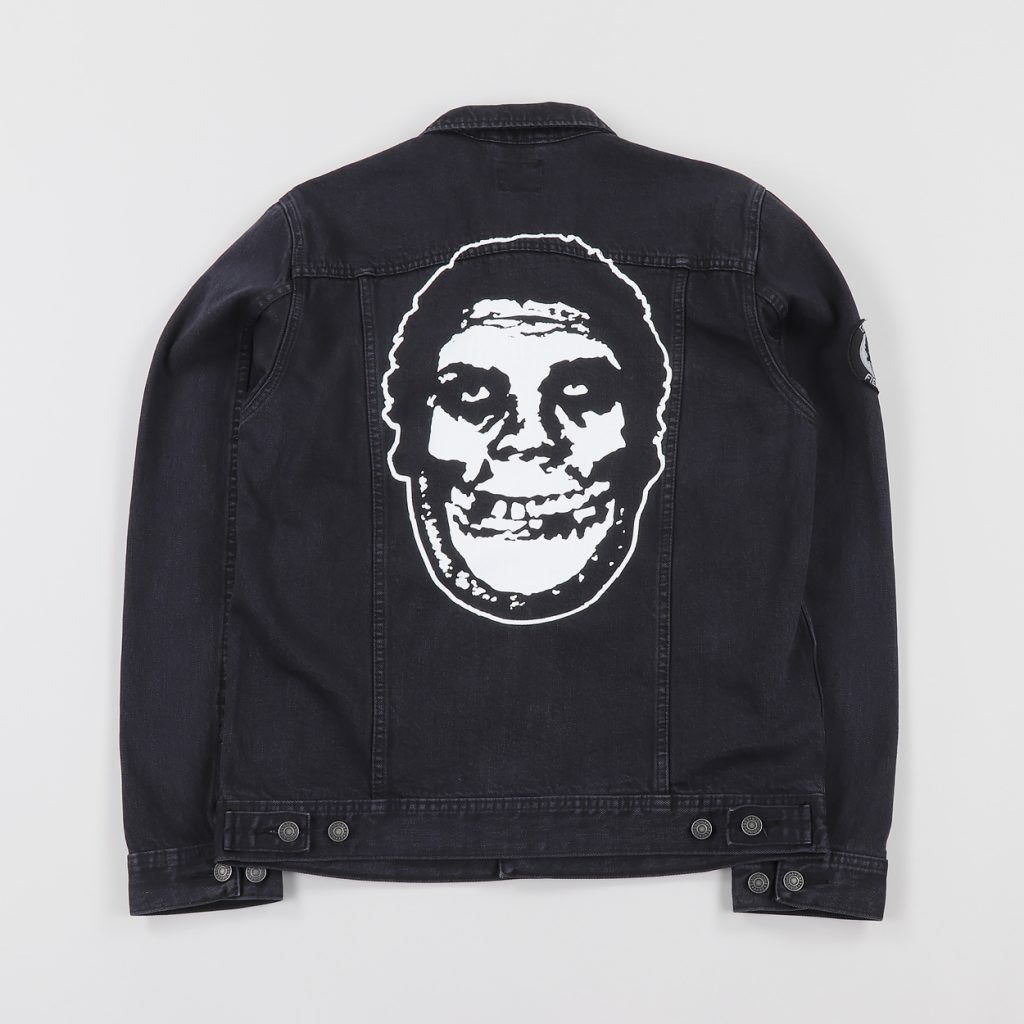 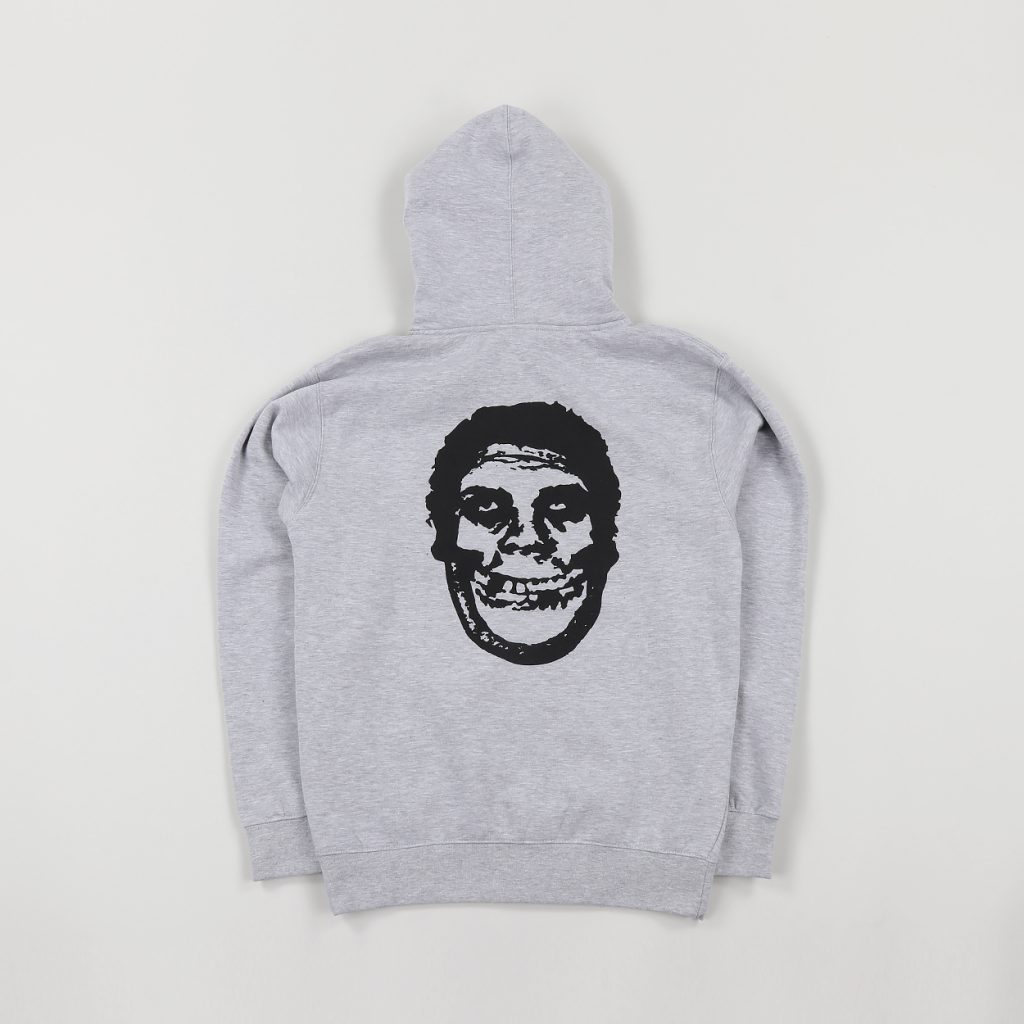 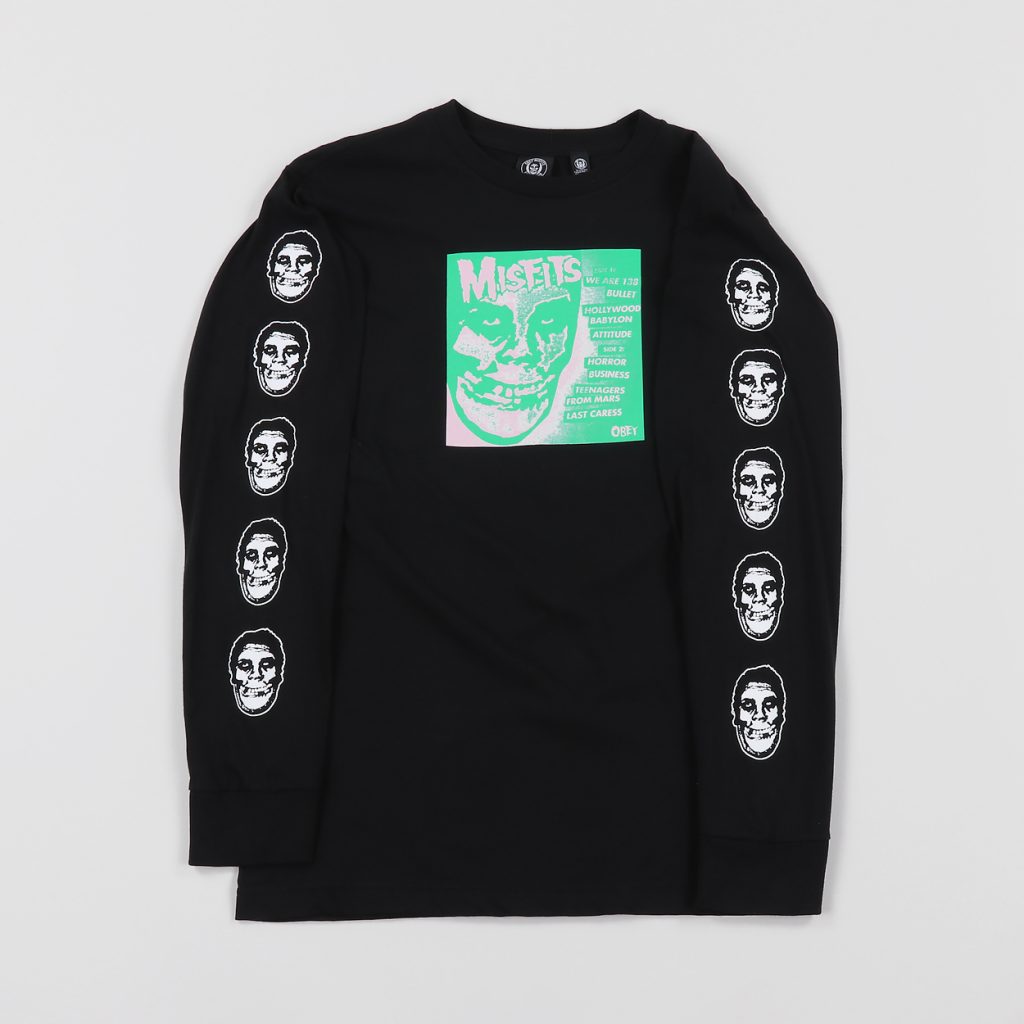