Have you watched the second series of Stranger Things yet? I have. Its well good, they’ve got actors who were in The Goonies and My Two Dads in it this time around and a very authentic looking amusement arcade. As a tribute to the return of this nightmarish Netflix monster, Stance socks have made a Stranger Things capsule collection comprising three different designs. There’s a a pair dedicated to the dearly departed Barb who is depicted with hands clasped in the suitably saintly surroundings of stained glass, whilst the second pair is all about the show’s other heroine Eleven who appears in sock form in B&W with a characteristically bloody nose. Whilst the third design is all about that chilling yet thrilling ‘Stranger Things’ neon typeface which, like the show itself is the perfect combination of the best bits of our favourite 1980s horror flicks. Though we may never get Barb back from the Upside Down at least we can now pay our respect to her by taking a stance and wearing these socks. 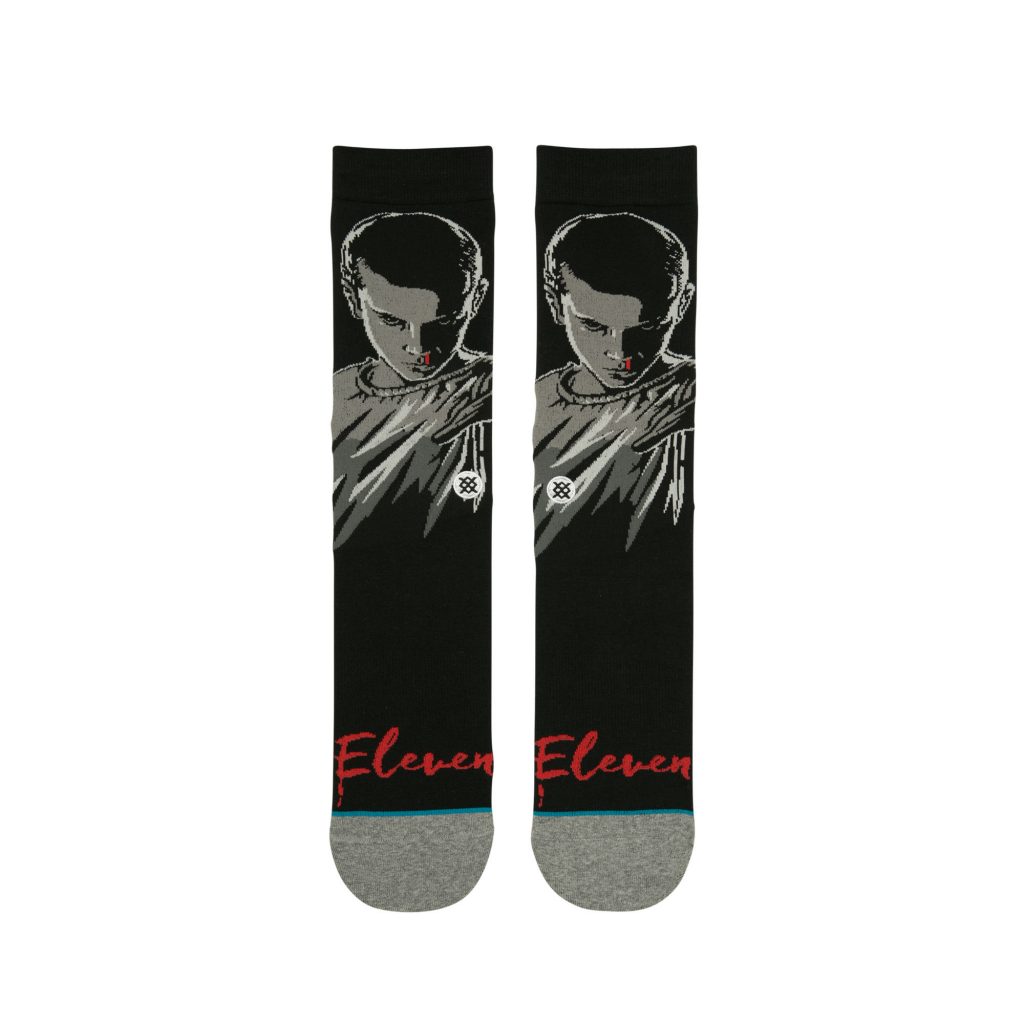 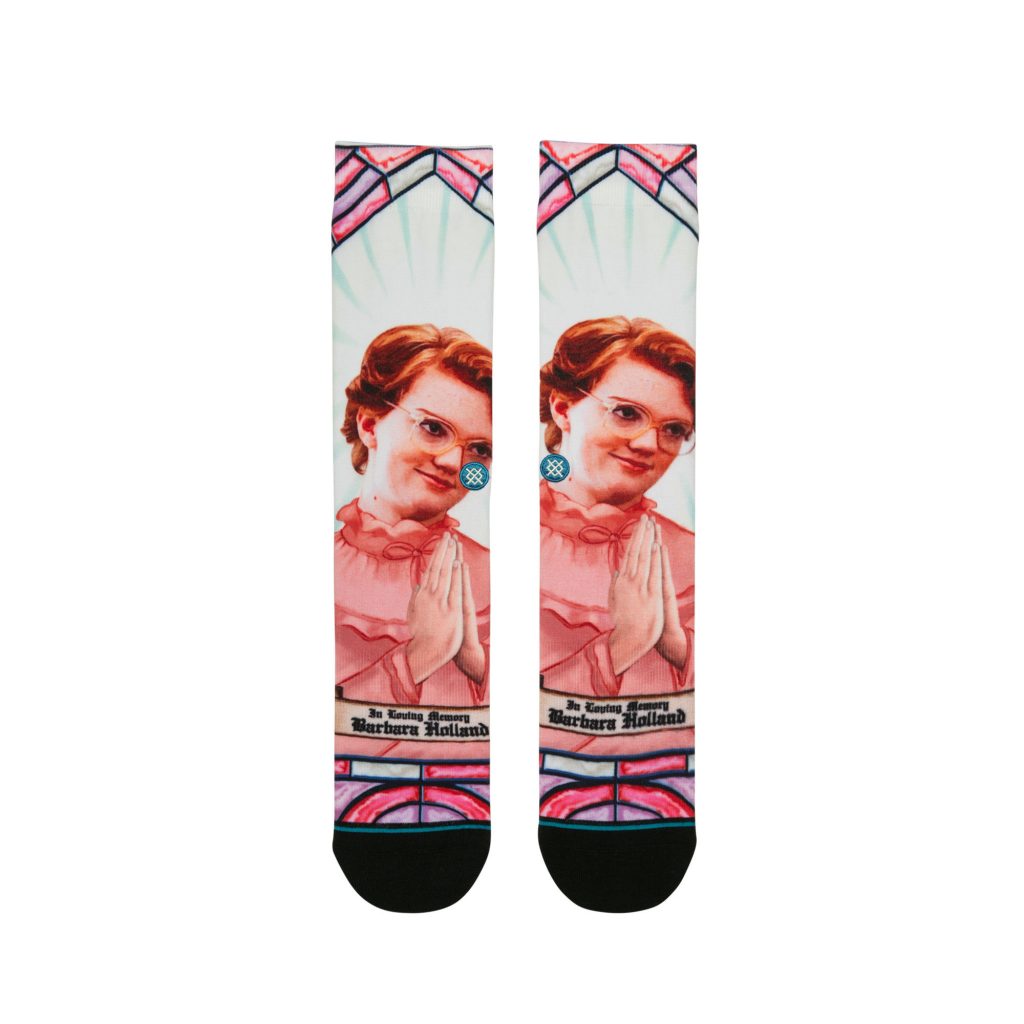 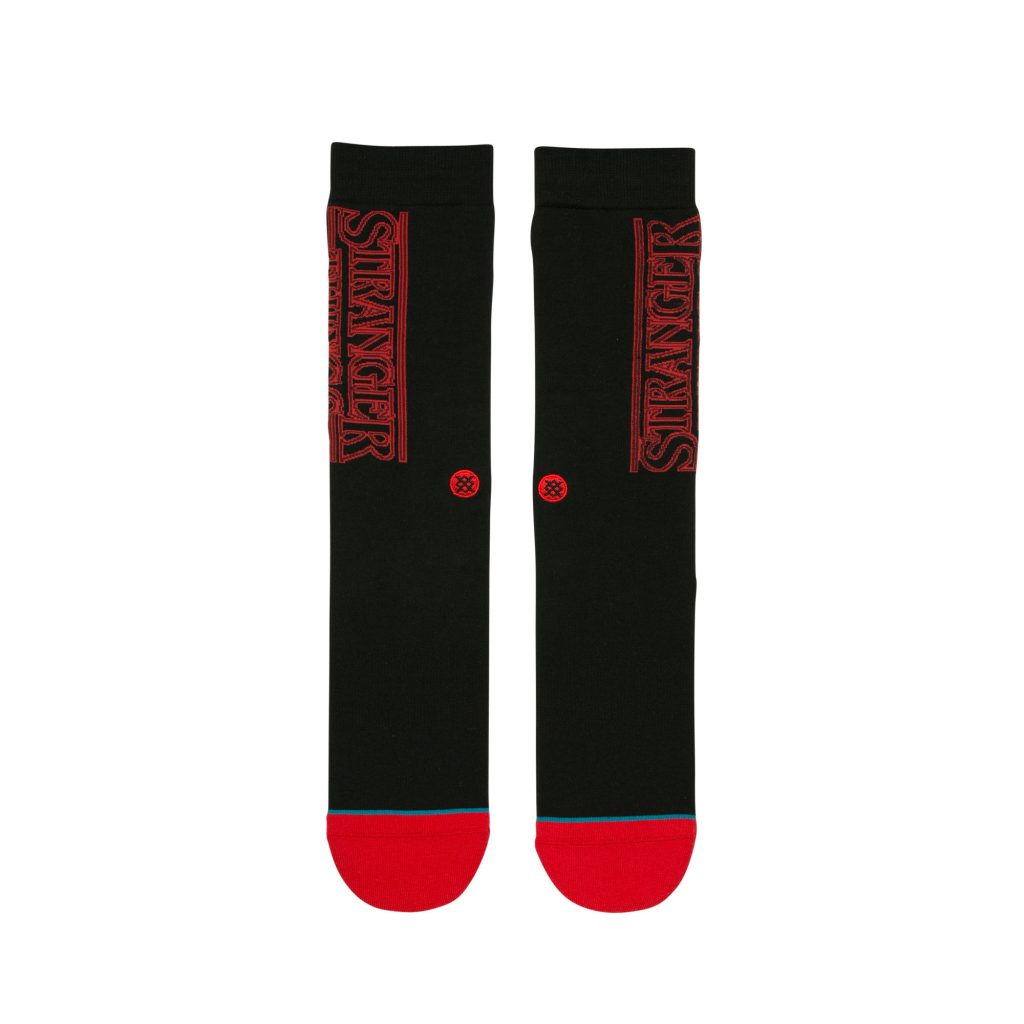