In our part of the world, you’re more likely to have some measure of Irish blood than not, I reckon. I know I’ve got a smattering of Emerald Isle DNA, despite not really feeling like it. Not that I would… I’m not going to take up hurling because of it, put it that way. Nationality feels outdated anyway doesn’t it? A bit?

I’m not doing down St Pat’s day here, just saying let’s celebrate it for what it is… a big opportunity for everyone to become drunk and merry, and an opportune moment for adidas to release one of their all-time classic shoes in sympathetic tones.

Scotts Menswear have both colourways of this very special Spezial, which elbows the trefoil to one side and replaces it with a shamrock. And it might be just me, but one of the colourways looks like a pint of Guinness, if Guinness did shoes.

Get yourself some anyway. 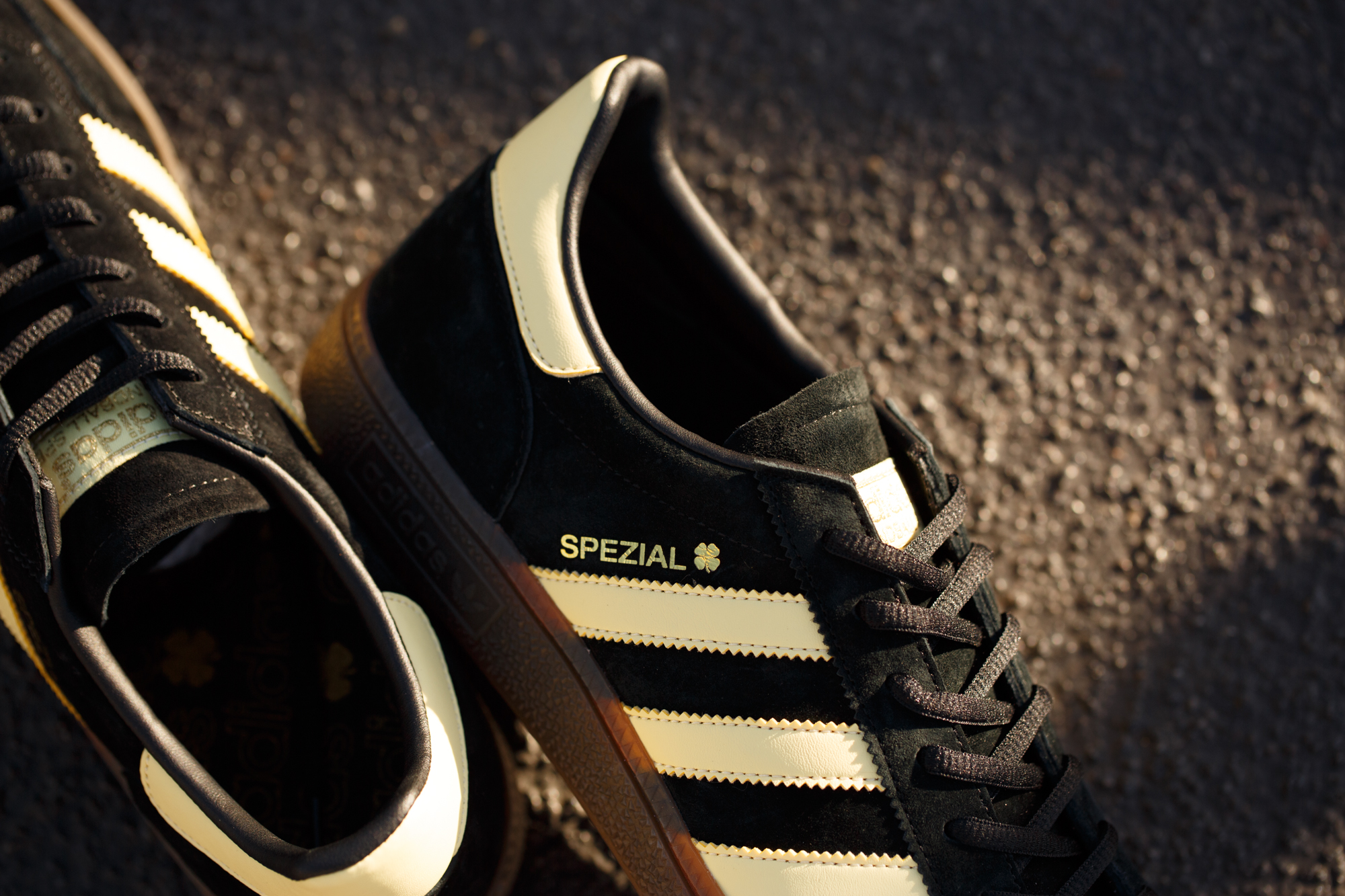 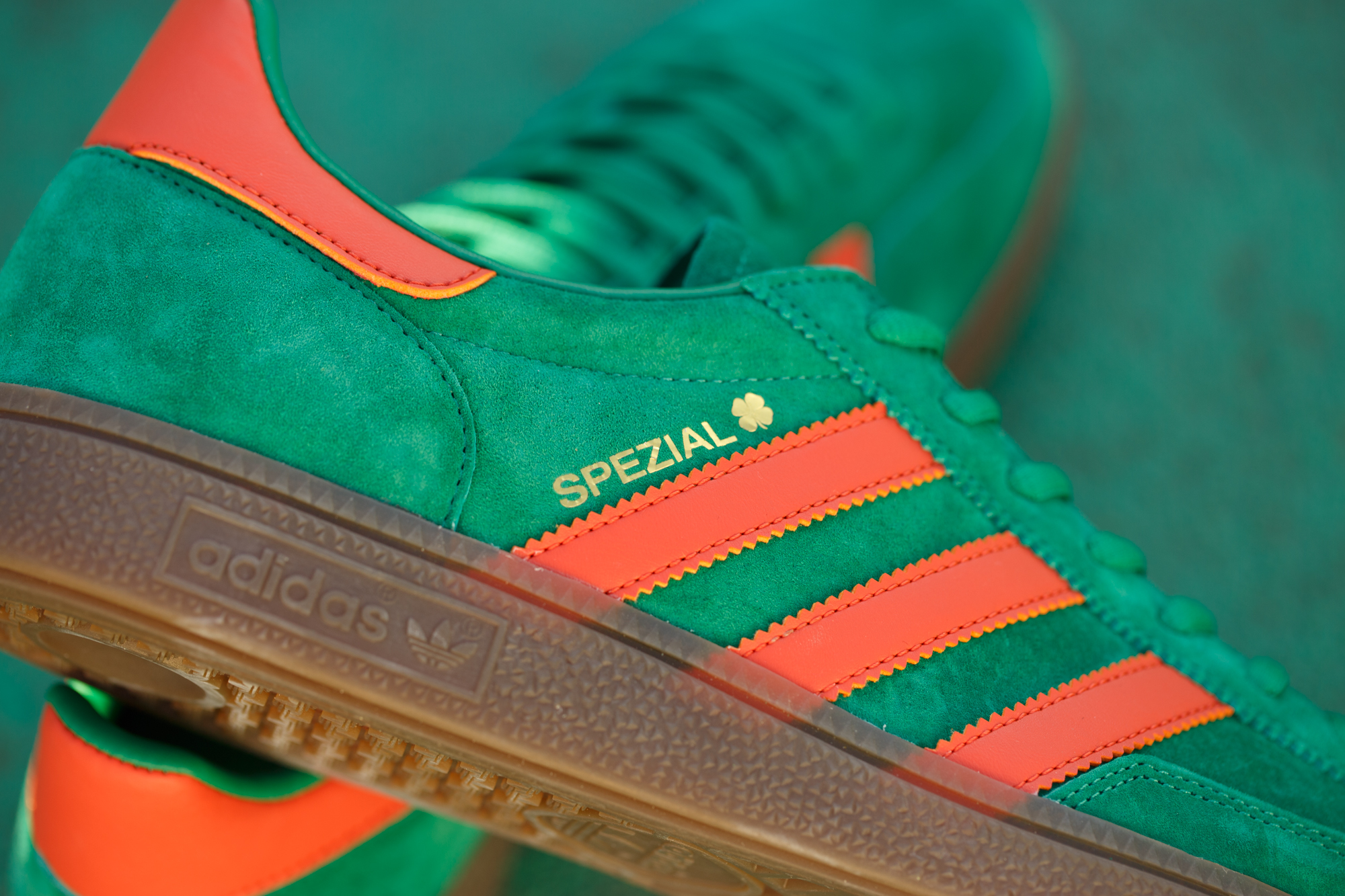 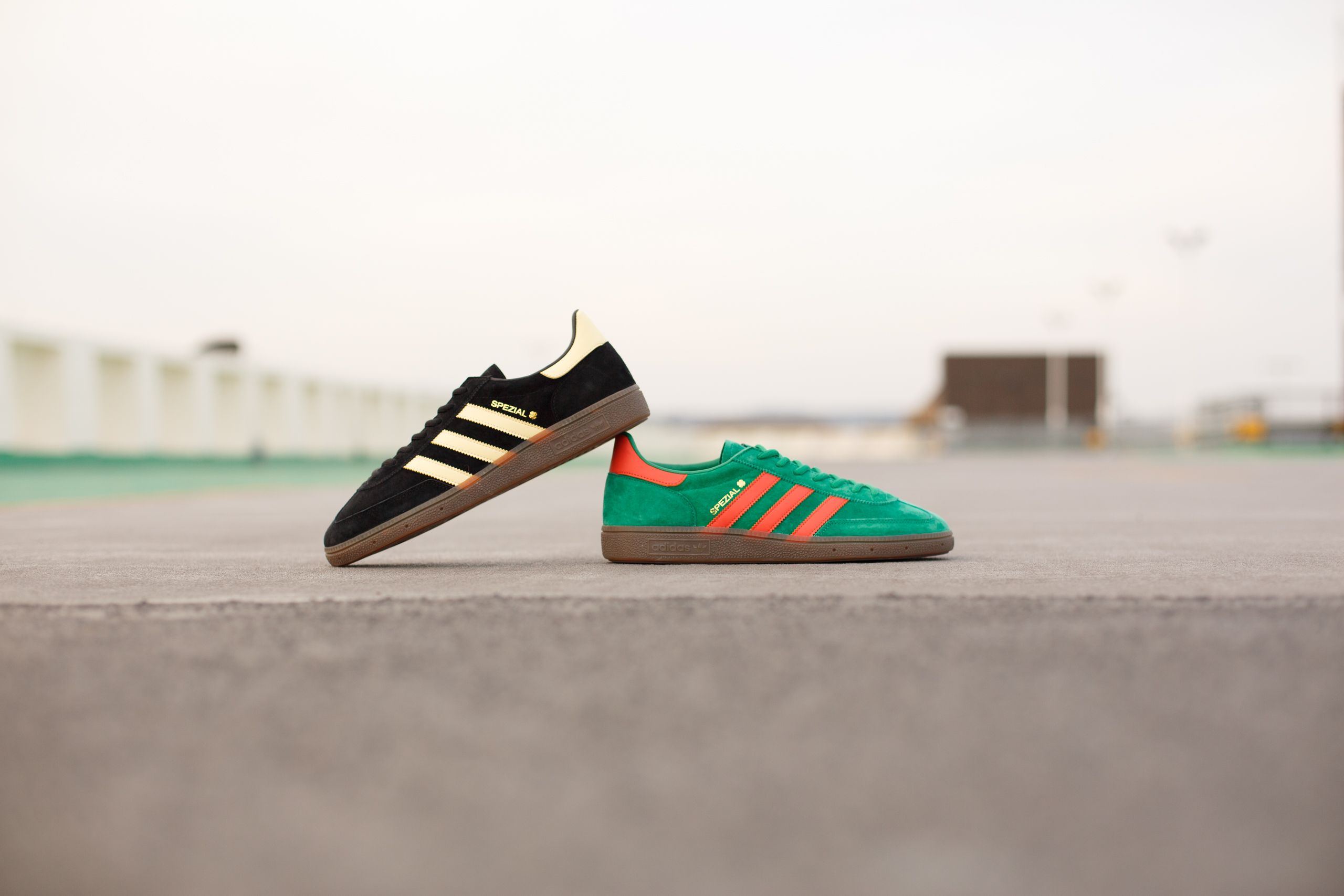