Spezial and Golden: Talking about clothes with Goldie 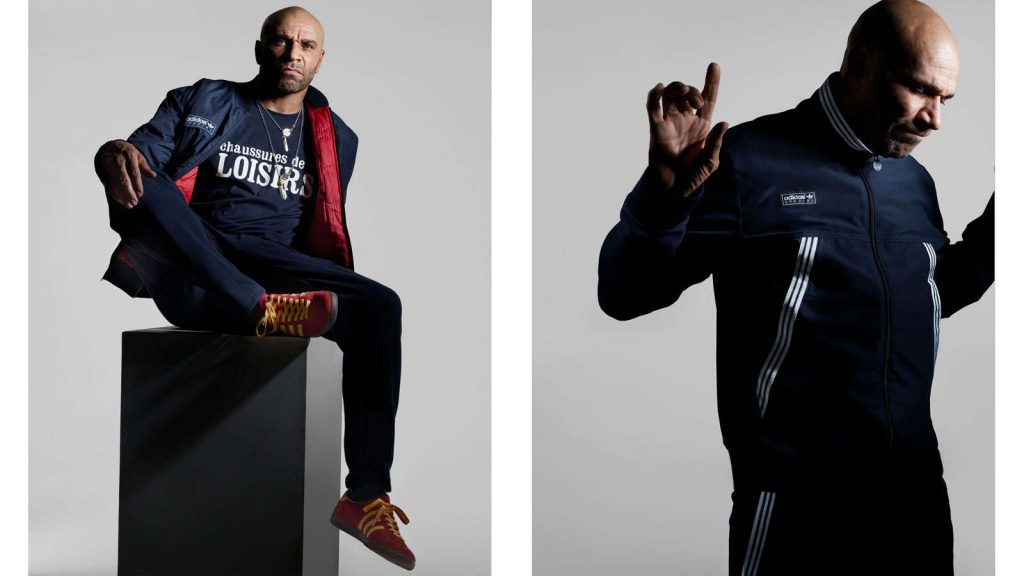 Ahead of last month’s adidas SPEZIAL release, we had a quick chat with Goldie – the face of the collection – for Proper Mag 24. Buy it for the full interview, but here’s a snippet for now.

For this collection, music legend, former EastEnder and massive Jeremy Corbyn fan Goldie (who has an actual MBE), has been shot by SHOWStudio’s Nick Knight (who has an actual OBE) for Spezial’s AW17 lookbook. Ahead of its release, we caught up with Goldie on his way to New York to chat about good clothes and trainers and the release of his new album, The Journeyman, his first since 1998.

Clothes first: when did you first hear about SPEZIAL?
It was after Gary told me, he said he was working on something a bit different and it sounded fucking great. I remember holding one of the early tracksuits – the black one – and thinking ‘fuck, this is weighty!’ and I was really into it, it makes you feel like a man when you have it on. Most stuff from other brands and that is two-bob nowadays, so it’s good to wear something real. I’ve always been an adidas man, but with Spezial you can see Gary has done something different, something that’s actual fashion.

How did you and Gary meet?
I was introduced to him by Michael Koppelman after a show or something and in conversation Gary asked me if I had heard of The Assassinators, and to know them you had to really know your stuff, and he did. Immediately we got on and he’s been a good friend since. He’s much like me: he looks at new tech for clothes the same way I look at my music. It’s got the meat and potatoes it’s always had, but we’re looking to throw new bits in to take it to that next level, to bring it up-to-date. Spezial is forward-thinking but sticks to classics and I think that’s what gets me. It’s an: if you know, you know situation. It’s for blokes that have been there and done it. As much as adidas is worn on the terraces, I think Spezial is more for those who have been there already, it’s for the blokes that are done with it but still wanna wear fucking great gear. 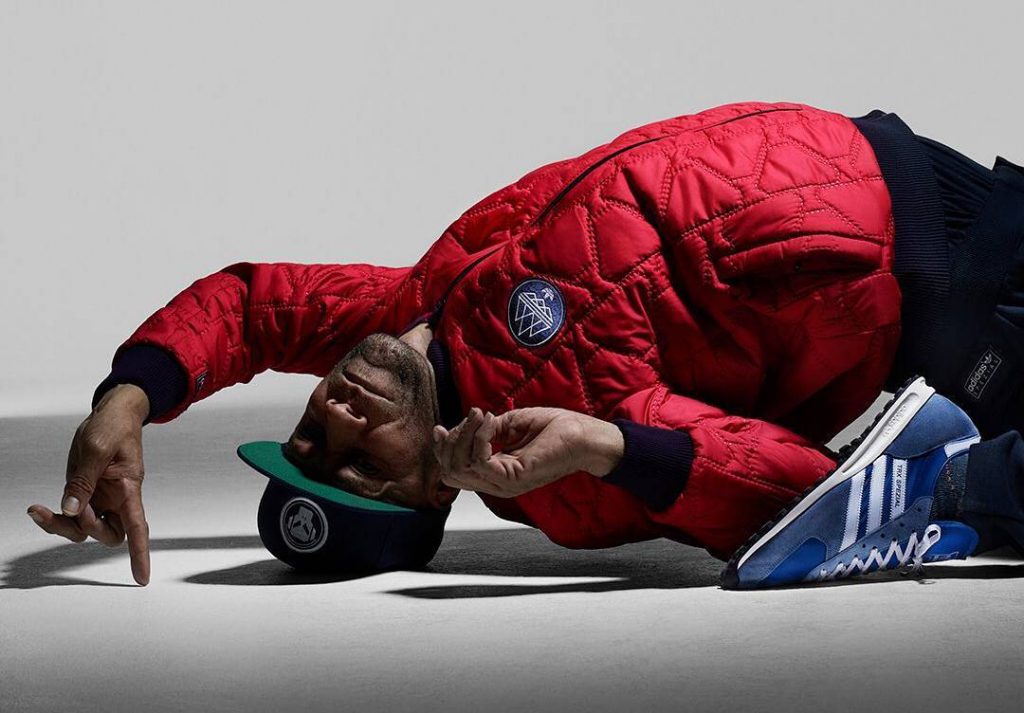 Talking of fucking great gear, what’s your favourite piece in the new collection?
That reversible bomber is fucking great, man. The stitching, the detail, it’s like a modern day Concorde jacket or something. The Koppelman vest is really good too; it’s something Paul Weller would’ve worn if Spezial was around then.

Music: you have a new album out right?
Yeah man, my new album The Journeyman is out now. It’s some of my best stuff yet, it kinda leapfrogs aspects of what I’ve normally done and goes that little bit further, pushes boundaries. Timeless [Goldie’s 1995 debut album] was never surpassed. It’s one of those albums that put me on the map and put drum’n’bass on the map. Like Timeless, it could take some time for people to get The Journeyman and that, but it can take time when you’re experimental and hopefully it ends up going down well. I’ve been doing this for years now, I have a good life and I still love it.

It’s your first album since 1998, it must be mega busy?
Yeah, I’m touring in November too, starting at the Roundhouse and I’m looking forward to that. My music has always been made to ne played live; it just took a while for people to really believe it could be. It can be played orchestral or ensemble, that’s the beauty. Next year I’m not DJ’ing but instead focussing on my art. I’ve got a wicked David Bowie exhibition that I’m working on but unfortunately can’t talk about, and I’ll be doing bits on my Lady Boy images too. I’m in a good place.

For the full interview with Goldie, buy a copy of Proper Mag 24.