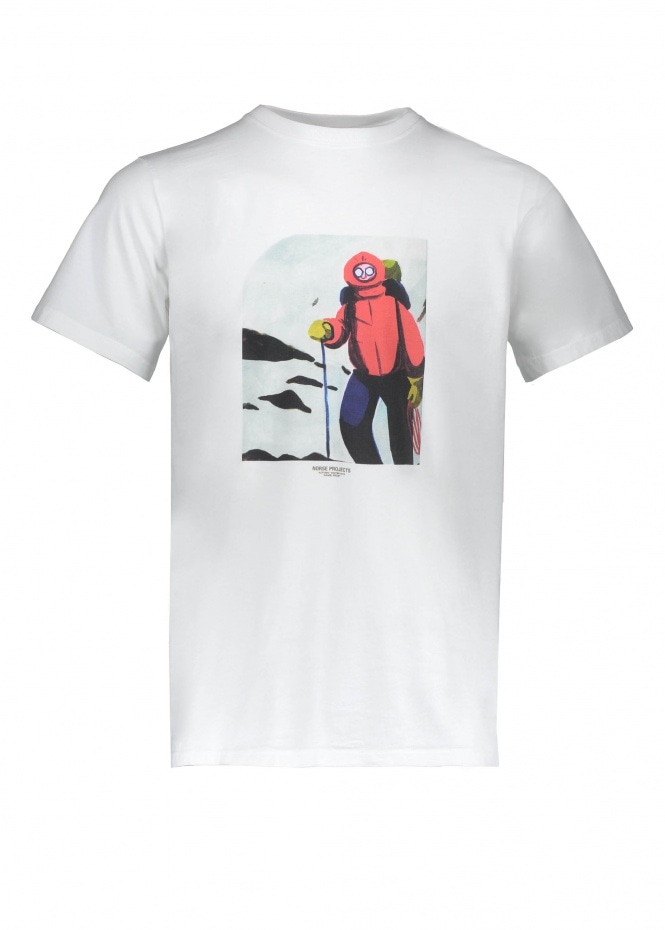 How cool is this tee? And not just because it’s been drawn by a guy called Frost or the fact that it features a bloke up a snowy mountain. No it’s cool without all that stuff, it’s cool because it makes us think of comic books and tales of derring do and big down jackets and heroic expeditions gone by and lots of other stuff that is inherently ‘cool’. No surprise then that it comes from the talented pen/brush of illustrious, award winning British illustrator Daniel Frost whose work has been featured everywhere from the Tate to the Sunday Times. Doing t-shirts with Norse Projects is our favourite medium for his work though as they sit so perfectly alongside their highly desirable Danish designs. 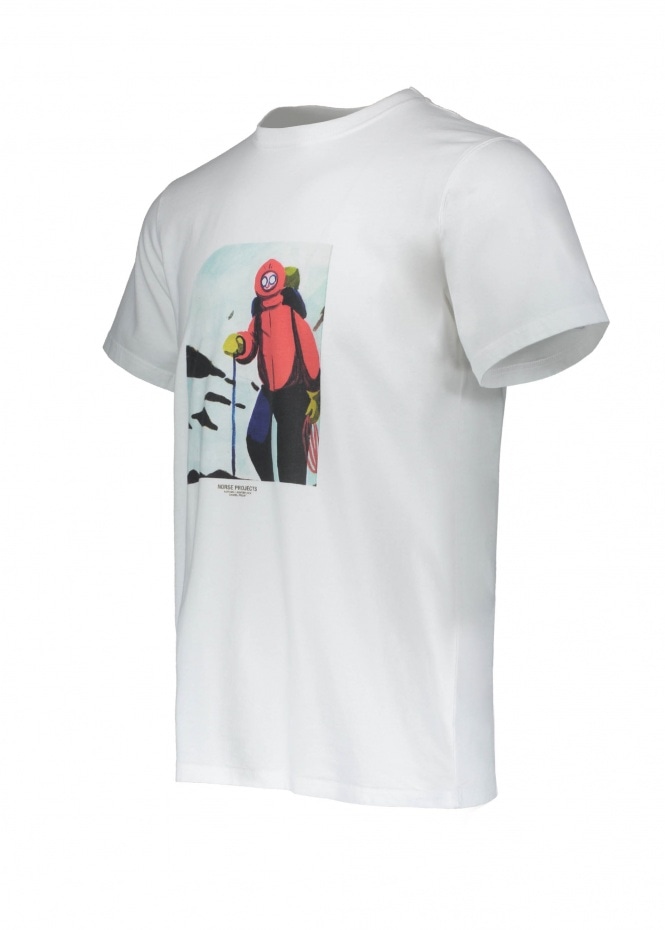