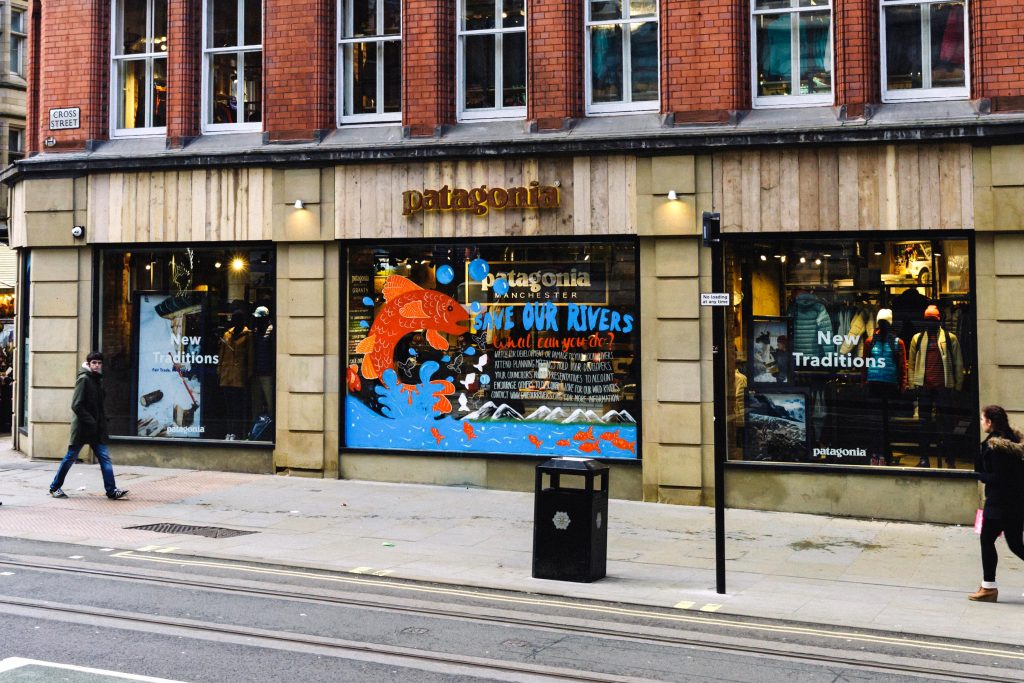 Now we have a Fjallraven store and a Patagonia store here I think it’s safe to say that Manchester can now stake it’s claim as being the big coat capital of the UK.  Freshly opened on the corner of King street slap bang in the heart of Manchester (and handily round the corner from Fjallraven) the new 3 storey Patagonia store is a wonderful sight to behold. As well as being filled with appropriate attire for climbing, skiing, snowboarding, trail running, surfing, fly fishing and bowling around the Arndale like you’re ‘Jack the biscuit’ the store also has a dedicated space for events, film screenings and public talks. Though what really impressed me is the big wall that they’ve got with a map featuring lots of cool outdoor locations on it that’s been made from tiles reclaimed from a police cell in Oldham to make even those of us who don’t get out that much to feel at home in there.